‘Squatters’ took over soldiers home after he was deployed; outrageous law lets them stay!

A soldier being deployed to: Afghanistan: is sure to have a lot on his mind, but having squatters take over his home while he is away is probably not high on the list. 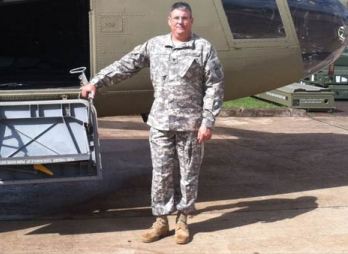 But that appears to be precisely what happened to one soldier in Florida.

Michael Sharkey: was deployed to Afghanistan two years ago and asked a friend to keep an eye on his home in New Port Richey, Fla. while he was away,: according to the local NBC affiliate WFLA.

The soldier, currently station in Hawaii, later learned that strangers moved into the house and now refuse to leave.

“I want the people out,” Sharkey said. “They’re criminals living in my house.”

WFLA reported that Julio Ortiz and his girlfriend are living in the home and they know Sharkey doesn’t want them there, but Ortiz said he had worked out a deal with the friend looking after the home to: fix it up in exchange for living there free of charge.

The soldier’s friend,: Lisa Pettus, disputes that there was an: agreement. She told WFLA that Ortiz did some work on the home, but she did not know he had moved in until she drove by the house a couple of months later.

“I couldn’t believe it,” Pettus said. “And now they’re using my name to justify this. It’s wrong.”

Pasco County Sheriff’s Office Spokesperson Ken Doll told WFLA it will take a court order to evict the couple because they have established residency in the home.

“I don’t think I should have to pay hundreds of dollars and go through that aggravation,” Sharkey said. “I work hard, long hours, and these people never had permission to live in my home. They should be thrown out.”

The couple’s criminal history only adds to Sharkey’s worries.

“They are criminals,” Sharkey said. “I am serving my country, and they have more rights to my home than I do.”