STUDY: Daily use of Marijuana linked to earlier onset of psychosis

The latest progressive lie in a long list of lies is that smoking pot is no big deal.:  They’re so quick to point out the revenue that can be generated by taxing legalized weed.:  Don’t fall for the lie because legalizing cannabis opens the door to a whole set of problems, especially usage among teenagers.:  It’s the wrong path to go on!: : :

Yahoo News[1] reports in a study of adults who experienced psychosis for the first time, having smoked marijuana daily was linked to an earlier age of onset of the disorder, according to UK researchers. 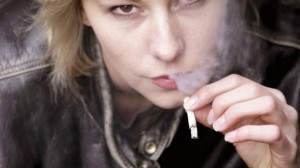 Among more than 400 people in South London admitted to hospitals with a diagnosed psychotic episode, the study team found the heaviest smokers of high-potency cannabis averaged about six years younger than patients who had not been smoking pot.

Psychosis is a general term for a loss of reality, and is associated with several psychiatric diseases, including schizophrenia and bipolar disorder.

Some previous research has suggested that using cannabis might trigger psychosis in some people, especially those who may be vulnerable because of a family history of related mental illnesses or specific gene mutations.

In the new study, published in the Schizophrenia Bulletin, the researchers focused on patterns of cannabis use, gender and the relationship of those factors to the timing of a first psychotic episode.

Age is significant, Di Forti’s team notes in their report, because the teenage years and early twenties are a critical time for professional and educational development, so experiencing an acute psychotic episode for the first time early on may negatively affect the “likelihood of achieving optimum level of function.”

Originally posted at The Last Tradition