Who needs freedom of association, anyway?[1] 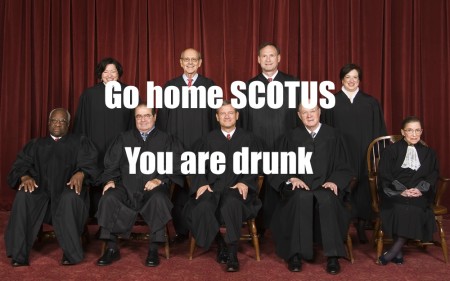 The Supreme Court declined Monday to decide if a New Mexico wedding photographer was within her rights when she refused to work at a same-sex ceremony.

The denial leaves standing a decision by the state’s highest court that went against the photo studio – although the local dispute has been long since rendered moot.

The case would have posed an important constitutional question with potentially sweeping implications: whether merchants whose products are inherently expressive must serve customers even when it conflicts with their beliefs.

That could include marketers, advertisers, publicists, website designers, writers, videographers and photographers – and perhaps others.

With the gay marriage movement winning legal battles state by state, the case could have been one of the most important of the court’s next term.

The case featured Elaine Huguenin and her husband Jonathan, whose Albuquerque photo studio informed Vanessa Willock and Misti Collinsworth in 2006 that it only worked “traditional weddings.”

Willock and Collinsworth had no trouble finding another photographer for their September 2007 ceremony. But Willock filed a complaint against Elane Photography with the New Mexico Human Rights Commission, charging that the snub violated the state’s anti-discrimination law. Twenty other states have similar laws.

According to the Supreme Court, once you open a business, you forfeit all freedom of association, along with your religious freedom.

I disagree. : What say you?