For some time, the right has called for a Republican with a spine. : Sen. Ted Cruz is the answer to that call:[1] 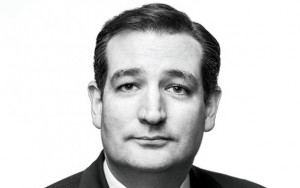 Sen. Ted Cruz wants a special prosecutor to investigate misconduct at the IRS.

Cruz’s IRS-related request comes in a letter to Attorney General Eric H. Holder Jr. He’s looking for a special prosecutor to consider any potential criminal cases against IRS officials over the agency’s controversial actions against tea party and conservative organizations.

“To date, no one has been indicted. And it has been reported that the FBI plans not to file any criminal charges. This is a sad state of affairs. The widespread perception of partisan bias, of manifest conflict of interest, besmirches the reputation of the Department of Justice. And it undermines confidence in rule of law,” Cruz wrote.: ”I ask you personally to demonstrate the independence that so many of your predecessors have demonstrated, and act to preserve the integrity of the Department of Justice and immediately appoint a special prosecutor, with meaningful independence, to investigate the IRS’s illegal targeting of conservative groups.”

The request will be ignored by the Holder Department of Justice. : And even if it wasn’t, they don’t have time to look at the IRS, what with all the investigations into Republicans.