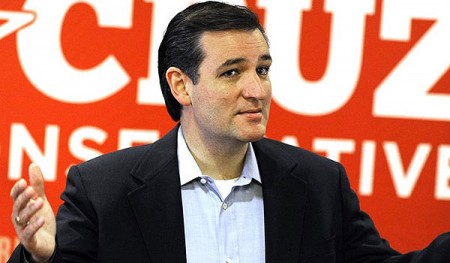 US Senator Ted Crus released a letter sent to the U.S. Bureau of Land Management (BLM) Director affirming a recent letter from Texas Attorney General Greg Abbott, demanding more information regarding potential plans to re-purpose disputed tracts of land for federal uses. The letter is in response to the BLM’s perceived attempt at taking 90,000 acres of land that Texas landowners believe belongs to them.

Sen. Cruz told BLM Director Neil Kornze that the public statement the BLM offered on its website does not address the questions raised by General Abbott. Sen. Cruz requested Kornze respond directly to the questions raised, to include new points of inquiry from the junior U.S. Senator.

Sen. Cruz responded to the BLM’s public statement where it denied any expansion of federal land holdings.

“…this response does not answer General Abbott’s concerns. In addition, BLM’s statement does not address whether the agency takes the position that the 90,000 acres of land in question along the Red River is already BLM land, which would make the agency’s “categorical denial” an act of deceptive sophistry.” Cruz then added the following request from the BLM Director.

“Please confirm that BLM does not take the position that it has rights to ownership or control of any of the 90,000 acres of land along the Red River that are at the center of this controversy or similarly situated land. If it claims any such rights, please identify with specificity the acreage, location and legal basis for claiming those rights.”

Requesting a response from the BLM as soon as possible, Sen. Cruz said, “If BLM indeed does not intend to claim any land which it does not already administer along the Red River, the answers to these questions should be quite straightforward.”

Breitbart Texas has also contacted Director Kornze’s office for a reaction to Gen. Abbott’s letter. No response from his office has been received.

Support individual land rights by contacting Ted Cruz, Governor Perry and A.G. Gregg Abbott offices to throw your support for their efforts for fighting for our sovereign rights!

Also,
BLM Seized Texas Rancher’s Land — Without Any Compensation [Video] is A UN Based Initiative Under Agenda 21[3]