Texas is Very Worried About How You Celebrate Your Beer.

Texas is angling for your gun manufacturers, as every other state in the union moves to prove their allegiance to the President by running gun manufacturers across state lines into “more violent” and “slightly more committed to this outdated ‘freedom’ thing” states. At the same time, however, as : it’s expanding that slice of domestic industry, they’ve been sitting on the head of another multi-million-dollar arm of production: the industry that makes the giveaways you can get with your alcohol. 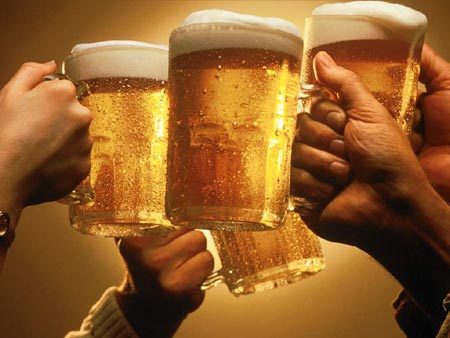 Thankfully, Texas’ legislature is looking to remedy the problem[2] of Texans only being allowed to earn cheap trinkets for enjoying the only beverage that pairs naturally with Texas barbeque and Texas freedom.

Texas, if everything goes as planned, you may now be able to collect your beer koozies.

All kidding aside, Texas is full of these so-called “blue laws” that restrict the alcohol-making and alcohol-selling industry in tiny ways: a death-by-a-thousand-paper-cuts sort of situation. At every turn, people who make beer (but not necessarily other fine beverages, but we’ll get to that later) in the state of Texas face a host of regulations and rules that no other industry faces. The problem this little item is designed to remedy? The Texas beer industry is restricted in its marketing, limited to offering only gifts that are less than the value of a dollar, which means no tee shirts, no beer mugs, no pub glasses and certainly now brew-pup-tour tee shirts and take homes. They also can’t give out anything that would make “responsible drinking” any more difficult, might promote specific brands, or might increase costs to the consumer.

The same rules don’t apply to other liquors, necessarily. So while you might be free to sport a branded Crown Royal Christmas sweater, that ironic Pabst Blue Ribbon trucker hat is out of the question.

The problems with this kind of system are pretty obvious: if it’s designed to keep alcohol manufacturers from promoting their products, it would make more sense to either apply the rules across the board, or admit that this happens and allow all industry competitors (wine, beer and liquor) to compete in the free market on equal footing, and advertise their products with equal gusto to a willing Texas public. And, of course, less regulation of silly things like “which free products beer manufacturers can offer” would clear things up for regulators, who have real jobs to do.

Thankfully, the Texas legislature looks to be able to pass SB 870, the law referenced above. Or sort of.: Senate Business and Commerce Committee John Carona is currently holding the bill hostage because Texas Senator Leticia: Van de Putte has taken a position he doesn’t like on Texas Windstorm Insurance Agency (TWIA) legislation and Gambling legislation. So, : there’s enough votes to pass the bill, but, of course, nothing ever comes easy when you’re dealing with state legislators who are unclear on how the democratic process is actually supposed to work, and who have a hard time understanding the concept of, you know, voting on stuff.

So, Texans, if you want your beer goodies, you know who to bother.