Did you know that the government can actually confiscate your bank property, sometimes without even informing you? Countless Americans across the United States are unaware that the state can legally take hold of your possessions if your account at the bank shows no signs of activity for a certain period of time. 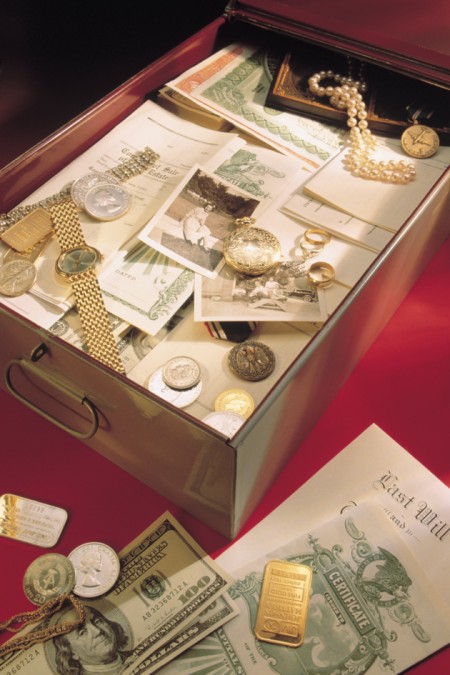 The law varies state-to-state, but according to a 2008 report by ABC News, the waiting period used to be in the range of 15 years, whereas it is now usually closer to three. Why has the government lowered the threshold in so many places?

From the 2008 ABC report: “The 50 U.S. states are holding more than $32 billion worth of unclaimed property that they’re supposed to safeguard for their citizens. But a ‘Good Morning America’ investigation found some states aggressively seize property that isn’t really unclaimed and then use the money – your money – to balance their budgets.”
ABC, which wrote that states return “less than a quarter of unclaimed property to the rightful owners,” explained how the law affected one woman:

“I was appalled,” Ruff said. “I felt violated.”

Unknown? Carla’s name was right on documents in the box at the Noe Valley Bank of America location. So was her address – a house about six blocks from the bank. Carla had a checking account at the bank, too – still does – and receives regular statements. Plus, she has receipts showing she’s the kind of person who paid her box rental fee. And yet, she says nobody ever notified her.

“They are zealously uncovering accounts that are not unclaimed,” Ruff said.

To make matters worse, Ruff discovered the loss when she went to her box to retrieve important paperwork she needed because her husband was dying. Those papers had been shredded.

And that’s not all. Her great-grandmother’s precious natural pearls and other jewelry had been auctioned off. They were sold for just $1,800, even though they were appraised for $82,500.

“I guess it was six months ago,” Kerry explained on Beck’s radio program. “[My wife, Melinda] was like, ‘Joe, we stopped getting the statements on this one account. She started going through the statements, and on one statement, which was full of language, one sentence in one paragraph of that statement said, ‘If you have no activity on this account, we will close out this account…’”

Beck was stunned that the American government can confiscate private property in such a way, saying “this is such a dangerous thing.”

Because before government got involved, banks were such trustful institutions.

Also,
The Best Quotes from “Survival of the Prettiest: The Science of Beauty”[2]

Interviewing Mark Levin About His New Book, “Ameritopia: The Unmaking of America.”[3]

Interviewing Barbara Oakley About Her Book “Cold-Blooded Kindness: Neuroquirks of a Codependent Killer” And The Concept Of Pathological Altruism[4]