I haven’t pointed it out directly here, although perhaps I’ve made more-than-occasional reference to it…since it’s like preaching to the choir. But it’s probably more appropriate here than as a Facebook post[1].

There are two economic systems fighting each other for supremacy right now. With the one, you go to a job and exchange your labor for money, your employer gets that money by selling products and services to customers. You take your money, pay your utilities and your installments and buy your food, with what’s left over you either save or splurge as you see fit.

The other economic system is called “Occupy.” In that one, you wait until you want or need something and then you do a lot of yelling and obstructing and generally make yourself into a pain in the ass, until someone gives you whatever it is to shut you up…or, forces someone else to give you whatever it is. Then you shut up until there’s something else you want or need, at which time you become a pain in the ass again.

It is spooky how consistently the Obama administration supports one of these economic systems over the other. I don’t believe in “conspiracies,” generally, but I do think the folks in charge now are fully aware of this battle between the two economic systems…and they have their preference about which one should win. And they’re not alone.

Some of this has been going on for quite awhile, since the industrial revolutions of the 19th and 20th centuries. Hey, that’s why political arguments tend to go on awhile, often spinning around in circles, generating much heat and little light…different classes of people being hurt & helped. Are Barack Obama’s policies “good”? What about Gov. Jerry Brown’s policies, are they “good”? Are labor unions “good”? Do they help this thing we call an “economy”? 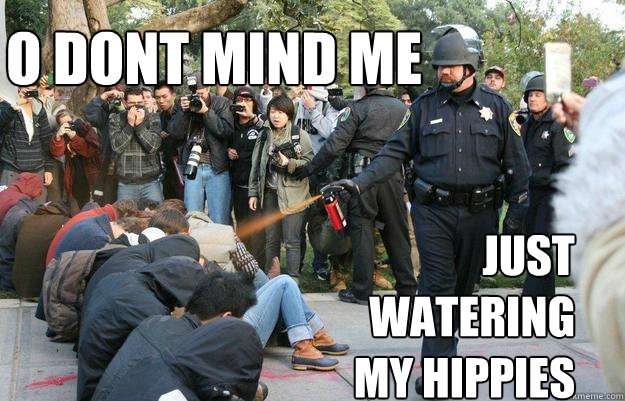 The democrats will say: Look at these poor wretches over here, look at this program that helps them. Think about what would happen to them without that program. And there is some truth in this. We know it doesn’t work out over the longer term of time. If it did, you could show me ten big cities that haven’t elected a Republican in a couple generations or more, and I could show you ten little islands of paradise. Anyone want to go traipsing down those solid-milk-chocolate sidewalks in Detroit petting the Unicorns and eating the jellybeans and liquor cups that grow on the trees there? Thought not.

The truth is, this “conspiracy” is not about making it harder to sell or buy things, any more than it’s about helping people. It’s about making it harder to sell or buy things that way. The bureaucrat’s nightmare is that you can wake up one day, see that your house would be better if you added a wing on to it, buy the materials to do it, put in the work, realize the rewards, and everyone goes home a bit wealthier and City Hall is not involved in some way. That would imply self-sufficiency at the individual level. That would imply a strong and proud people, looking to their leaders in government to enforce contracts, defend the nation, police the cities, fight fires, provide sidewalks & other centralized services…and not do too much else.

And so you can’t build the wing of the house. Not just yet; you need a “permit.” Like the radio guys say every now & then — and it’s worth repeating, since people forget it — “permit” is a verb as well as a noun.

You have to feel bad for those Occupy protesters on some level, thinking about what badasses they are, existing outside the hated “system.” Was there ever a more splendid example of human fools, toiling away in an effort diametrically opposed from their purported passions? They think they’re caught up in a struggle between dependence and independence. They’re right. But they’re woefully mistaken about which side they’ve joined.

Related: Charles Koch describes how the minimum wage hurts the poor. ThinkProgress[2] is not fond of having that pointed out…