Imagine the passion you’d feel if someone was walking around, showing off the same patches and medals earned by your fallen friends, and knowing they didn’t earn it. I think you might feel a little like this:[1]

The confrontation appears to begin at San Joaquin Delta College when the two veterans confront the individual over an alleged uniform violation.

“You graduated Ranger school?” one of them asks.

The two veterans then ask him to present his identification. He claims that he doesn’t have it.

So is a cover. 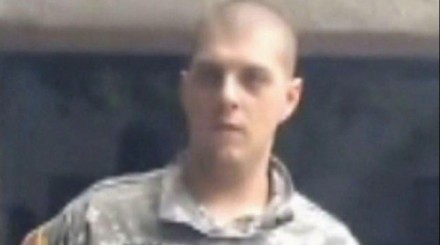 Dude’s out walking around with no lid. That’s a clear sign the guy is a poser.

Maybe they were out of covers at the Army surplus store.

The confrontation then escalates.

“I had four brothers die with this f***in’ Ranger tat on their arm,” the individual wearing a dark shirt adds. “I would appreciate it if you took that off.”

“Why do I have to take my uniform off?” the individual wearing the allegedly fake uniform replies.

“Take the goddamn tab off,” the individual in a dark shirt says.

…“Because I am a United States f***in’ Ranger and this guy is not,” the man wearing the dark shirt passionately answers. “I had four brothers who died with this goddamn tat on their arms. And he’s wearing it and he never earned that motherf***er. That’s why.”

What do you think? Where the vets out of line, or did the guy deserve what he got?