‘This Should Never Happen Again’: 16-Year-Old Describes Ordeal of Being Held Against Her Will By Hospital For 16 Months After Finally Being Released

The country erupted in outrage when teenager Justina Pelletier was forcibly removed from her family by hospital staff and locked in a psychiatric unit for over a year. Now, the 16-year-old is speaking out, saying that no one should have to go through the ordeal she suffered. 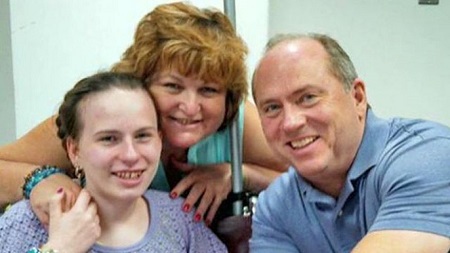 Justina Pelletier, the Connecticut teenager ‘kidnapped’ by hospital staff 16 months ago, has described her traumatic ordeal in her first interview since her release.

The 16-year-old was admitted to Boston Children’s Hospital in February 2013 with the flu but was locked away in a psychiatric unit until this month after two hospitals clashed over her diagnosis.

‘This should never happen again to anybody. To any kid or any person. They should never be put through what I’ve been put through,’ Justina told Fox News’ Mike Huckabee on Saturday.

‘And they were so mean and nasty to me and they were being mean and terrible to my family also. And no-one should be put through that.’

‘It was really hard because we couldn’t talk about things that we really wanted to talk to about,’ Justina said.

‘No-one was on my side there. No one believed me there. Everyone told me I was faking.’

Massachusetts Department of Children and Families was able to take this child away from her family and keep her captive in a hospital for no other reason than her parents disagreeing with what a psychiatric diagnosis, and wanting to return her to her original physician at Tufts Medical Center. Justina is now in a wheelchair, and her family has been scarred for life. A lawsuit would be kind — the people responsible for this should be in jail.

Also see: Why Does God Allow Bad Things To Happen To Good People?[3]