Time For The First Military Tribunal

Time For The First Military Tribunal: Remember this ugly face? 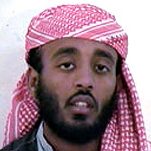 When last we heard from Ramzi Binalshibh[1], he was claiming to be the co-ordinator of 9/11. He was also saying that he, “wanted to be one of the hijackers, but was refused a US visa.” 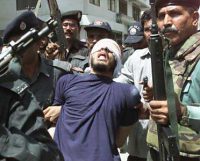 Furthermore, since he isn’t a Pakistani, we should be able to get our hands on him. In my opinion, this is the perfect guy to put in front of a military tribunal. Since he has already admitted his guilt on video tape, we should be able to try him and hang him in short order. Letting the world know that one of the two men who helped plan 9/11 spent the last few moments of his life dancing at the end of a rope sends exactly the right kind of message about what happens when you murder Americans.