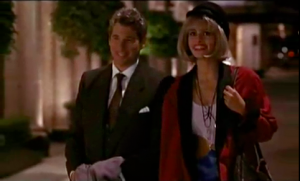 The federal government has many problems. : They can’t count to three when it comes to collecting and spending our tax dollars. : We have federal programs that are inefficient, ineffective, and, at times, unconstitutional. : However, it seems prostitution, or being caught in the act, can be added to the list. : These serial incidents of ineptitude and depravity should rightfully damage the trust a citizen has in government. : Well, at least the smart ones, (paging Danica Patric[2]k) but after the Cartagena debacle[3]: that embroiled the Secret Service, members of the military, and the DEA in that memorable boats n’ hoes scandal. It appears the U.S. Department of the Treasury decided to get in on the action too.

According to The Hill[4], “Treasury Department officials have been cited for: soliciting prostitutes, breaking conflict-of-interest rules and accepting gifts from corporate executives, according to the findings of official government investigations.: Investigators at the Treasury’s Office of Inspector General (OIG), which responds to tips and official referrals from within the department, found that employees had engaged in unethical, and perhaps criminal, conduct.”

Can you please tell me more? : Apparently:

The OIG [Office of Inspector General] concluded that the OTC worker had violated government rules on “notoriously disgraceful conduct.” The case was referred for criminal prosecution: to the U.S. Attorney’s Office for the District of Columbia, which opted not to prosecute “absent aggravating circumstances such as underage prostitutes or human trafficking.”: The employee, who was not a political appointee,: subsequently retired from the government, according to the documents.

In another finding, the OIG cited an OCC [Office of the Comptroller of the Currency] staffer for accepting golf fees and meals from bank executives. The staffer, who had received ethics training, said he believed playing golf with industry officials under the purview of OCC was “a condoned activity.”

The golf outings took place on multiple occasions during workweeks: when OCC was conducting bank examinations. Many of the greens fees and meals at the golf course were paid for by corporate executives.

The OIG stated the OCC official “violated several regulations covering ethics and the conduct of employees in the performance of their official duties.”

Our tax dollars at work. :  If you want to use your own money, on our own, time, and for your own purposes, that’s fine. : In this case, these knuckleheads didn’t.