This goes to show how absurdly pro-defendant the legal system has been tilting for the last few decades. The trial of a man who brutally murdered his girlfriend and her kids is in jeopardy because the cops turned away defense attorneys as he confessed to the killings[1]. 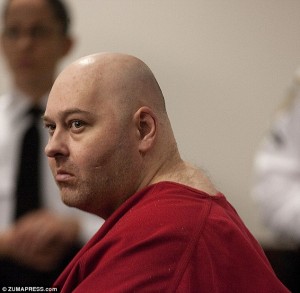 [2]
How outrageous is this?

Deputies used a variety of legal pretexts to claim they could keep Covington isolated without legal advice.They maintained he had not officially been arrested but had been ‘detained’, despite being handcuffed to a hospital bed, and that the constitutional guarantee of a defense attorney didn’t yet apply. Only after Covington confessed to the crimes – after being moved to an interrogation cell at the Sheriff’s Office – did deputies tell him that lawyers from the Public Defender’s Office had been trying to see him. Covington’s defense team is now arguing that law enforcement’s decision to sequester him from attorneys – going so far as to register him under a false name at a hospital – violated his constitutional rights, and that his confession should be tossed.

It’s a given that if this obviously guilty creep walks, groups like the ACLU will celebrate his release.

Also see: The 15 Most Annoying Things About American Culture[3]