I smell a recall election:[1] 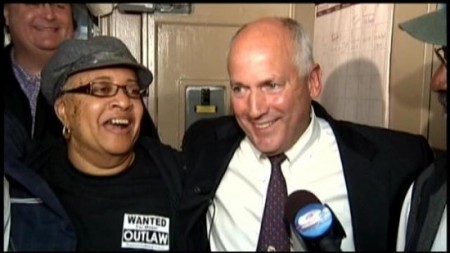 One-thousand “brothers in blue” came to pay their respects this afternoon to Officer Alexander Thalmann, 22, killed in the line of duty in New Bern, N.C., last week.

Thalmann’s partner, Officer Justin Wester, 23, is recovering from a gunshot wound to his leg from: the shootout that left convicted felon, Bryan Stallings, 35, dead.[3]

The incident happened March 28, in the housing projects known as Craven Terrace.

The town’s grief was made even more painful by the local administration’s handling of events following the young officer’s death.

Adding insult to injury, last night’s planned memorial for local citizens to say “goodbye” to Alexander Thalmann was cancelled by the mayor’s office.

It was alleged that two of the city’s aldermen had invited relatives of the killer to attend the vigil. Rather than rescind the invitation,: the city chose to cancel the event.[4]

Officer Thalmann’s death seems to have had a greater impact on the mourning residents of New Bern than the mayor.

Did you notice what’s missing? : Did you see it?

What is Mayor Outlaw’s party affiliation?

See also: : Sharpton calls himself a Cat, but New York Post calls him a Big Pussy!