It’s outrageous and unacceptable that the United States of America has to hitch a ride with Russia to get to space!:  What a worldwide joke we’ve become under the 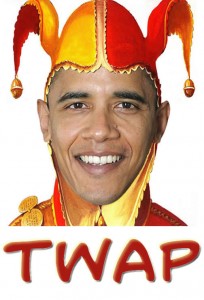 Fox News[2] reports the U.S. will pay Russia $70.7 million for a single shuttle ride aboard the country’s Soyuz rocket Tuesday night, even as President Barack Obama fights for sanctions and penalties against Russia for its recent invasion of the Ukraine.

With politicians wrangling over the most diplomatic way to respond to Russia’s aggression, NASA said the space pay-off to the Russian Federal Space Agency (Roscosmos): wouldn’t be affected by politics.

“We do not expect the current Russia-Ukraine situation to have an impact on our longstanding civil space cooperation with Russia, which goes back decades, including our partnership on the International Space Station (ISS) program,” Trent Perrotto, a spokesman for the space agency, told FoxNews.com.:

“We are confident that our two space agencies will continue to work closely as they have throughout various ups and downs of the broader U.S.-Russia relationship.”

That’s just plain stupid and it makes us look like fools!