It’s simple. : If you’re trying to kidnap a 4-year-old girl so you can have sex with them, you should be put under the jail. : You don’t look the other way[1] because they’re from out of town: 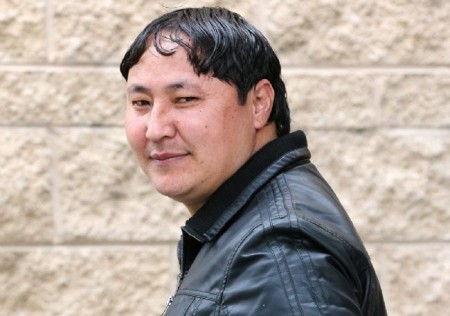 Sex offender, Ali Jaffari,[3]accused of attempted child-stealing, has had all charges against him dropped after a Magistrate told prosecutors he would have trouble finding Jaffari guilty.

Magistrate Ron Saines said if he was hearing the matter, he would have reasonable doubt, citing ‘cultural differences’ as one factor, which would result in the charges being dismissed.

He was placed on a two-year Community Corrections Order with 300 hours unpaid community work.

Police Prosecutor, Sergeant Brooke Shears said that about 6.30pm on January 27, 2013, a four year old girl went to Bakers Oval, Geelong West, with her father and brother to play cricket.

She said that while the child’s father was throwing the ball to his son in the nets, the little girl was playing with her own bat at the net opening.

Sgt Shears said Jaffari was walking around the oval, when he approached the child, removed the bat from her hand and rested it against a bollard.

“He then grabbed the child’s hand and began to lead her away before she looked up, saw it wasn’t her father, started crying and pulled her hand away,” she said.

“The victim’s father turned, saw what was happening and yelled at Jaffari, “What do you think you’re doing?”

“The victim ran crying to her father and he comforted her while Jaffari walked off around the oval.”

The prosecutor said, that when interviewed, Jaffari told police, ‘For us is not an issue.”

Wow. He even looks like a sweaty, evil child molester.

Now let me tell you something. These guys never get caught their first time.

Meaning he’s hurt people before. And now, thanks to this little episode of diversity training, he’s free to hurt again.

If it were my kid, I’d own Ron Saines. He’d be as guilty.

See also: : Parent Called to School to Attend Special Needs Child, Gets Hauled Off to Jail