This is a fantastic move by UPS. Kudos to them for standing up to the thugs in their own company: 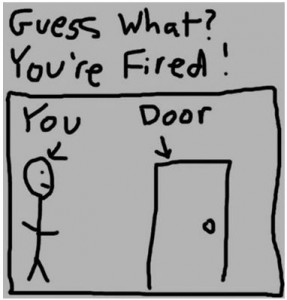 UPS is firing 250 Queens, N.Y., drivers for walking off the job during a 90-minute protest in: February.

The company dismissed 20 of the workers after their shifts Monday and issued notices of termination to another 230 employees, notifying them that they will be fired once the company has trained their replacements,: UPS spokesman Steve Gaut told Business Insider.

The 250 employees were protesting the firing of a fellow worker whose employment was terminated because of a dispute over hours. UPS says the protest was illegal because it violated the contracts with the employees, which does not allow for strikes[1] “except as such action may be authorized by the union.” (H/T to Think Progress[2] for the link to the union contract.)

Of course, contractual obligations haven’t stopped the union and local politicians from joining the strikers in acting like children:

Local politicians are threatening to cancel city contracts that give UPS millions of dollars in breaks on parking fines.

“They took a grievance with one employee and turned it into notices of termination with 250 workers,” New York City Councilman Jimmy Van Bramer told: The Queens Courier[3]. “That’s outrageous. These are good, hardworking employees who have a contract for UPS. To try and break this contract, break this union, is something that is unacceptable and we can’t tolerate.”

UPS fired back that it might need to terminate additional employees if the city alters its contract.

“UPS appreciates its business with the New York public offices,” Gaut said. “Ultimately if that business is reduced or eliminated, the result will be reduced need for UPS employees to serve the pick-up and delivery requirements of City offices, potentially impacting the livelihoods of the many local UPS employees that did not join in the illegal work stoppage.”

I think I’ll go out of my way to send UPS some business in the near future.
ALSO SEE:

The 25 Best Quotes About Liberals[4]