Video: Jesse Jackson Is Left SPEECHLESS By Ferguson Protester Who Calls Him Out in Epic Rant

Uh-oh, it looks like black protesters in Ferguson aren’t in the mood to say Hosannas to the almighty Jesse Jackson![1] One man called Jackson out in a videotaped rant outside a fast food restaurant. 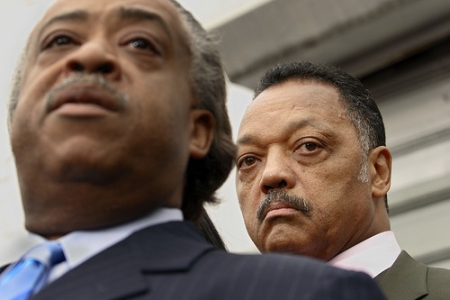 “Are you here to support us?” one man asked in the filmed interaction. “We haven’t seen you.” Though Jackson sat quietly during most of the incident, when he attempted to address the concerns, he was immediately cut off.

After asking the cameraman to wait, he responded, “Ain’t no wait a minute, brother – this is real!” The activists addressed Jackson’s apparent disinterest in being directly involved in the protests, suggesting that he is more interested in his own causes. “We haven’t seen you marching at all,” the protester chided. “When you gonna stop selling us out, Jesse?”

Jesse Jackson is a media darling. Wherever he goes, the mainstream media follows; when he talks, they listen. But whether most actual black people view him that way is questionable, to say the least–the man in the video concludes Jackson is “not even a brother.”