Proponents of socialized medicine are always quick to point out: acts of malice, greed, and dishonesty perpetrated by the for-profit health industry, implying that a government-run system wouldn’t have these problems. (Remember Michael Moore’s documentary Sicko?) Well, a whistleblower came: forward with evidence that a (government-run): Phoenix Veterans Affairs hospital has been destroying records to cover up patient deaths.[1] 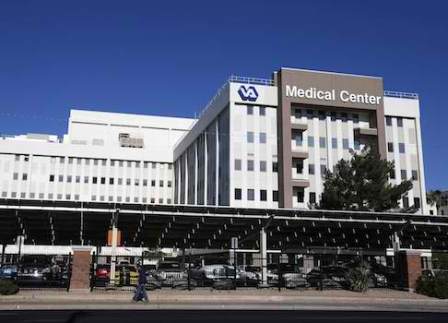 There’s that government efficiency and transparency that’s going to save our health care system!

Whistleblowers say officials have been destroying evidence at the Phoenix Veterans Affairs hospital where at least 40 patients died from delays, despite requests from Congress to preserve records….Dr. Katherine Mitchell came forward to the Arizona Republic with records that show the hospital was using a secret list to hide the long wait times veterans faced. According to the Republic, Mitchell sent the documents to the paper after receiving a call from a coworker that evidence was being destroyed.

News investigations have revealed at least 40 veterans died while waiting for treatment at the Phoenix VA Health Care System. According to whistleblowers, hospital leadership was aware of the secret lists, which were used to hide the long wait times from officials in Washington.

You mean there’s–gasp!–exceptionally long wait times for services in government-run health systems? Waits so long they kill people? Republicans have been saying that ever since Hillary Clinton was trying to take over the health care industry back in the mid-90s. Anyway, I’m willing to bet that not one person will be fired over this scandal. Is there corruption in the private health care industry? Yes, of course there is. But if this cover-up: had happened at a private hospital, the CEO would be on an apology tour while preparing to file for bankruptcy. But in a government-run system, long wait times are a fact of life. Ask a Canadian, where even government officials admit people are waiting too long for their “free” health care. [3]