Why Shouldn’t Tony Dungy Be Allowed To Say What Most People In The NFL Probably Think About Michael Sam?

Tony Dungy is catching all sorts of flack for a comment he made about Michael Sam even though it wasn’t homophobic, cruel or even mean. Believe it or not, Dungy is being attacked for doing nothing more than restating the conventional wisdom about Michael Sam that was being openly discussed on draft day. 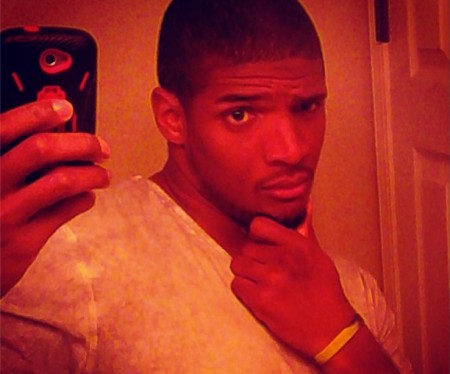 I wouldn’t have taken (Michael Sam). Not because I don’t believe Michael Sam should have a chance to play, but I wouldn’t want to deal with all of it … It’s not going to be totally smooth … things will happen.

There are 31 teams in the NFL that passed on an opportunity to take Sam and had the Rams not pulled the trigger in the final round of the draft, it’s entirely possible he wouldn’t have ended up on a roster at all. Is that fair? Well, given that the line on Sam was that he was an outstanding college player who would be marginal in the pros, it’s not a shocker that he wasn’t a hot prospect. In fact, if the Rams had known he was going to kiss his boyfriend on TV after he was drafted and planned to have Oprah following him around, making a documentary about him, he probably would have gone undrafted.

The truth is that Michael Sam seems more interested in being professionally gay than being a pro-football player; so Tony Dungy’s right to say he’ll be a circus. In fact, the reaction to Dungy’s innocuous comments prove it. People said the same sort of thing about Tim Tebow a zillion times and guess what? Tebow is out of the league even though Tebow’s popularity, position, and talent level made him much more of an asset to a team than Sam. Yet, you have liberals going nuts because Tony Dungy said what 31 teams in the league probably think of Michael Sam. If Tebow is too much of a “distraction,” it’s hard to see how Sam is going to make it long-term.

I wish Michael Sam well and hope he has a long, productive NFL career. But, for that to happen, he probably needs to focus more on playing football than getting kudos for being a gay man who also happens to play football. Along the same lines, he’d be a lot better off if easily offended fans stopped obsessing over whether everyone’s being nice enough to him and just rooted for him to get some sacks.