Will New Yorkers choose image over substance in mayoral race

New Yorkers are faced with a choice between a competent battle-tested managers in Joe Lhota, the Republican candidate for New Yorker mayor, and charismatic Democrat Bill de Blasio.: 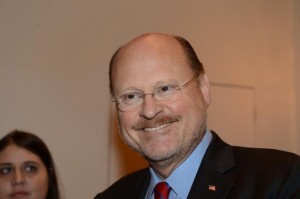 Joe Lhota was a former deputy mayor for Rudy Giuliani who was at his side during the dark days of the 911 attacks.:  As first deputy mayor he stood firm during a traumatic time and his leadership skills shined.:  His mettle was tested and he passed with flying colors.

However, his mixed race son, Dante, does have a very big Afro.:  And that Afro plus the fact his wife is African American and a former Lesbian, was enough to make several progressive constituency groups for gaga in the Democrat Primary. 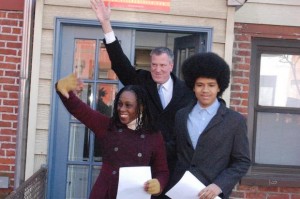 But, what else is there to Bill de Blasio?:  Not much other than boilerplate wealth redistribution, taxing the rich, yada yada yada.: :

Let’s stipulate that Bill de Blasio loves his wife and children.:  We can all agree he has a beautiful family.:  But that’s not requisite qualifications to run a touch city.:  In fact de Blasio promises to undo the very policies that have made Mew York the safest big city in the country in exchange to get votes.:

Does that make any sense?

Substance and experience matters.: :  Image can be very alluring but often times leads to horrible results.: : :

Originally published at The Last Tradition [3]