Behold, the decline of American culture! A San Diego woman was arrested on charges of soliciting forcible rape on a woman who purchased the home she wanted. [1] 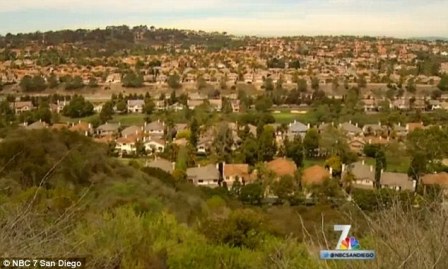 Prosecutors say Kathy Rowe posted graphic online sex ads in the victim’s name, inviting men to have sex with her “while I say no.”

Rowe’s ad for the ‘Carmel Valley Freak Show’ was graphic and encouraged interested men to contact the woman for sexual favors of all kinds while her husband was at work, NBC 7 reported…She told at least one man, who responded with a naked picture of himself, to ‘just stop by any Monday-Friday 9am-3pm,’ and sent him an image of the victim, which she took from a social media website…’I love to be surprised and have a man just show up at the door and force his way in the door and on me, totally taking me while I say no,’ she wrote, before explaining that she loves anal sex and threesomes.

She also sent Valentine’s Day cards to married women in the neighborhood in the husband’s name, and created ads for a party at the house. A judge dismissed the rape charges, but this whack job is still facing serious consequences if the case goes to trial.