What is this world coming to? A woman who killed a 17-year-old boy on his bike is suing his parents for the emotional distress she supposedly endured.[1] 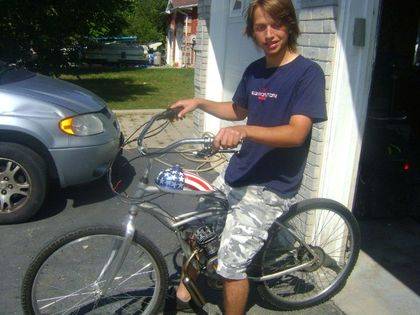 Somehow, I suspect the parents’ “emotional distress” was greater.

Brandon was struck from behind by an SUV and killed while his friend Richard McLean, 16, was seriously injured with a broken pelvis and other bones. His other pal Jake Roberts, 16, was knocked off his bike but sustained only scratches.

It says a lot about our culture that a woman could hit a group of teens on bikes and not only blame everyone but herself, but try to collect a paycheck for it. Shameful.