You Get Dirty, and the Pig Likes It

You never wrestle with a pig, because you both get dirty and the pig likes it. It’s good advice that has endured throughout the ages. I have always appreciated it (although some among those who’ve known me the longest, may call this into question). It’s a reminder that we are not all the same, we’re not all living life for the same purpose, we’re not all getting the same things out of it — and, also, that there isn’t anyone among us who genuinely “loves to argue politics.” Nobody fits into that; not a single soul.

And all three of these halves must acknowledge there’s at least a possibility that the entire thing is a waste of time. We all see the wisdom in the timeless dictum about wrestling with the pig.

But those of us in the first half are occasionally confronted with a conundrum: What if it isn’t a pig? What if it is something even lower? What if it’s a mollusk? Something that doesn’t like or dislike mud, but simply lives out its existence in it as a simple fact of life? There can be value in studying these creatures. No pride, certainly. But edification.

Particularly with regard to how many of the mollusks there are, and how quickly they’re breeding. It might tell you there’s a storm coming.

And so I’m not proud of lowering myself to picking through the mollusks over here[1]; but the page belongs to somebody I consider to be a blogger friend. Although his gadflies have made it clear what they think of me. In fact, they have very little else to say, which is why I call them mollusks.

Arguing, arguing, arguing, not a single observation made, not a single conclusion offered about a godd*mn thing. It all spirals back inward to the tired old left-winger black hole of “I’m a good person and you’re not.” A theatrical gallop out the door with a hefty slamming of it, followed by more of the same. 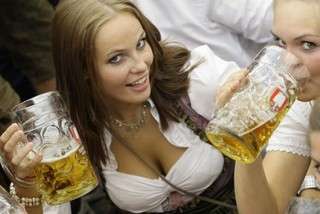 The world in which I’m allowed to audibly notice the beauty of ravishing women, may shrivel down into the size of a tennis court by noon tomorrow. If so, that’s my world. Women work pretty hard to make themselves up so we appreciate them, and I intend to notice it. Bonus points for ’em if they bring me cold beer and hot wings.

Whoever’s upset about that can get just as snippy with me as they want.

With regard to the conversation itself, how it went, and what it tells me about what is going on with our country and the discourse in it, I can only say this:

My wrestling match with the mollusks was a successful one. If I were swimming around in the muck with iconoclasts, it would have been a waste of time. But these were not rugged individuals, they were commoners. That is the objective. When you define right and wrong according to whether a consensus of your peers does or does not allow something into your little collectivist perimeter, then by definition you become a bandwagoneer, one who defines good versus evil according to whether someone is already doing the same thing, and how many of them there are.

The conversation tells me something useful. And what it tells me is alarming.

This is the reason why political dialogue is so d*mn contentious. Right here. This is why you can lose your job if you discuss politics at work. Our left-wingers are doing it to us.

They skip right past the reasoned, logical, tried-and-true “Tell Me Why It Is You Think That” exchange of ideas — and lunge, like a jackal after a jugular, into the only part of the argument they are capable of understanding:

You think this, I think that.

You are to be shunned, and whoever does not shun you shall be shunned. You are to be ostracized, and anyone who doesn’t ostracize the likes of you brings discredit upon himself…

…and that includes our employer.

It’s something straight out of the union headquarters. On paper, they’re constructing a perfect world in which nobody ever f*cks with anybody else’s livelihood. But in reality, f*cking with people’s livelihood is what it’s all about. “Nice marital status/community stature/career/job ya got there; be a shame if something happened to it.”

That’s the problem with joining a crusade that is glorious, and not merely good. Your conscience becomes an extraneous and useless appendage. Then it becomes a casualty. Your capacity to think as an individual, runs pretty much the same course. Those two prospects, to me, are plenty hideous enough.

This horrifies me. Think of the repercussions — they are there, whether the mollusks foresee them or not. If one woman cannot be more physically appealing than another, then nothing can be superior to anything else. Not anywhere. Without pretty women, there can be no sweet-smelling fresh air, no delicious food, no awe-inspiring music, no inspiring ideas. Ultimately, all movies must be Zardoz, scores cannot be maintained in any game, all meat must be tofu, all beer must be flat and you can’t have dessert after your dinner. No variety to anything anywhere. The supreme is bludgeoned down into a common layer, gossamer-thin, with the mediocre. It brings to mind what I was b*tching about over here[2] — only our superstar politicians are allowed excellence, the job of the rest of us is to emulate each other and stick to the baseline like a snail on the ground.

What a pathetic f*cking two-dimensional world. Let ’em keep it.