Didn’t FDR execute a few people for doing what this ex-SEIU official is caught on tape espousing?

I’ve said it before and I’ll say it again. You can’t be a progressive and honestly take an oath to uphold and defend the Constitution of the United States. The progressive agenda is completely, utterly at odds with America’s highest law.

And no one makes this more clear than ex-SEIU official Steve Lerner[1], who patiently explained a few days ago how the Democrats, the unions and the Soros globalists are helping to destroy the United States from within.

The headings are my “reader’s digest” version — but the words are those of the Leftists who are plotting to destroy you, your children and your way of life. But don’t listen to me: listen to them.

W: We’re going to hear from Steve Lerner next, of SEIU, the Architect of the Justice for Janitors campaign. Currently, he’s working on partnering with unions and groups in Europe and South America, it’s building campaigns to hold financial institutions accountable.

The Left’s Goal: to Destabilize the United States Financial System 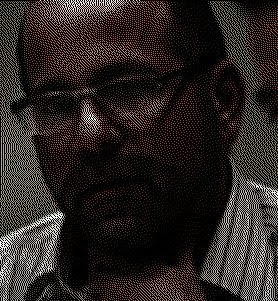 S. Lerner: It seems to me that we’re in a moment where we need to figure out in a much more, through direct action, much more concrete way how we really are trying to disrupt and create uncertainty for capital, for how corporations operate. And it may sound like that’s a crazy thing that in a moment of weakness we could deal with it, but the thing about a boom and bust economy, it is actually incredibly fragile, because it’s not based on real way, well, it’s based on gambling and all of that. And so there are actually extraordinary things that we could do right now that would start to de, destabilize the folks that are in power and start to rebuild a movement…

Start by Collapsing the Banks

…And for example, 10% of homeowners, going back to where you started, who are under, a quarter of all people who own a home are under water. Right? Their home is under water, they’re paying more for it than it’s worth. Ten percent of those people are now in strategic default, meaning they’re refusing to pay but they’re staying in their homes. That’s totally spontaneous. Right? They figured out it takes a year to kick me out of my home because the mort, the foreclosure’s backed up. I’m going to say I won’t pay. It’s just what business does, it’s a good, a good business decision. If you could double that number, you would make banks, put banks on the edge of insolvency again.

How the Left Will Accomplish Collapse of the System

And so the question would be, what would happen if we organized homeowners in mass to do a mortgage strike. Just say if we get, and, and, if we get half a million people to agree, we’ll all not, we’ll agree we won’t pay our mortgages, it would literally cause a new financial crisis.

…So, a bunch of us around the country are thinking about who would be a really good company to hate? We decided that would be JP Morgan Chase. …. And so we’re going to roll out over the next couple of months what will hopefully be an exciting campaign about JP Morgan Chase that is really about challenge the power of Wall Street. And so what we’re looking at is in the first week of May, we get enough people together — we’re starting now — to really have a week of action in New York with the goal of … I don’t want to go into any details because I don’t know which police agents are in the room, but the goal would be that we would roll out in New York the first week in May– 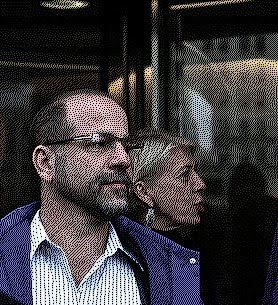 [We] …connect three ideas — that we’re not broke, there’s plenty of money; they have the money, we need to get it back; and that they’re using Bloomberg and other people in government as the vehicle to try to destroy us. And so that we need to take on those folks at the same time and that will start here. We’re going to look at a week of civil disobedience, direct action all over the city, then we’ll roll into the JP Morgan shareholder meeting, which they moved out of New York because they were afraid, I guess, of Columbus, where there’s going to be a ten state mobilization to try to shut down that meeting. And then looking at bank shareholder meetings around the country and try to create some moments like Madison, except where we’re on offense instead of defense. Where we have brave and heroic battles challenging the power of the giant corporations, and we hope to sort of inspire a much bigger movement about redistributing wealth and power in the country.

W: You were talking about why unions are so invested because of their pension plans and why ungovernability, as Frances Fox Piven and Cloward taught us, you know, poor peoples’ movements are successful when they create conditions of ungovernability. And then you win victories…

If we had a real Attorney General, Lerner would be arrested on the spot for plotting to overthrow the United States government. For waging war against the American people and our Constitution.

I hear that used to be a crime. In fact, if memory serves, President Franklin Delano Roosevelt executed a few American citizens on that charge[2].