Yes, you read that right.

A ‘teacher’, who barely set foot inside the classroom, is taking advantage of a loophole in the law that allows him to collect an annual pension of $30,000. David Piccioli isn’t just going to take no for an answer, either. He’s suing the state of Illinois to make sure he gets paid. Turns out he’s already double dipping, so why not triple dip? How audacious can you get? More from Fox[1]: 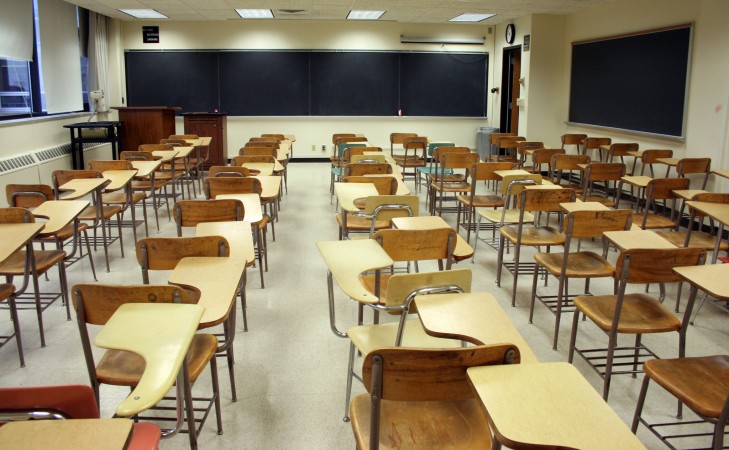 Piccioli is a retired union political activist who’s already pulling down a pair of state pensions from Illinois’ beleaguered public retirement system. But he’s taking the Teachers Retirement System to court to squeeze more money out of the state.

The Chicago Tribune reported Thursday that Piccioli is already collecting $31,000 annually from the Teacher Retirement System, but he could get an additional $36,000 annually if he wins his case. He’s also collecting a $30,000-pension from a different state retirement system for his time as a legislative aide in Springfield, according to the Tribune.

Piccioli is a retired lobbyist for the Illinois Federation of Teachers and never worked in a classroom, but he took advantage of a loophole in Illinois pension law to score his teaching pension.

In 2007, he worked one day as a substitute teacher at a Springfield school. Under Illinois pension law, that one day in the classroom allowed him to qualify for a pension that would pay him for all of his years of work as a member of the union.

Piccioli is the embodiment of greed and laziness. Anyone that works one day and thinks they deserves a red cent has a real problem with entitlements. As Frank Underwood says, ‘You are entitled to NOTHING.’ And guess what, you aren’t. You deserve nothing, you are wasting the taxpayers money and draining an already strained system. Get your head out of your bum and be a decent human being to those around you. Your behavior is atrocious.