Who’s Afraid of the Trans-Pacific Partnership? 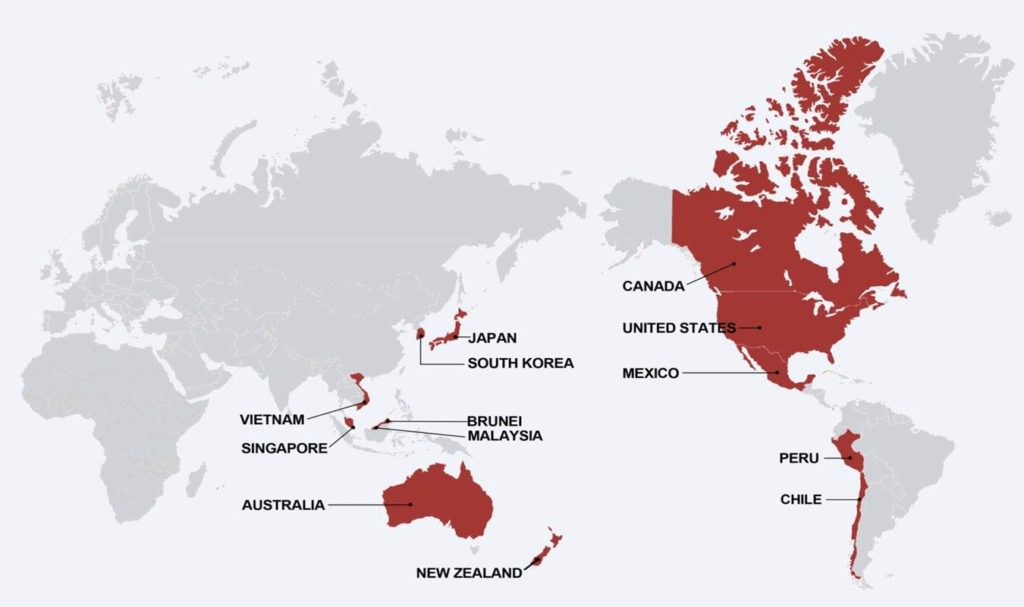 [1]The U.S. Senate just approved a “fast track” to negotiate and vote on the Trans-Pacific Partnership free trade agreement, and some on the far left and far right aren’t happy about it. Their reasoning goes like this: As we open up our markets to other countries with lower wages and fewer unions, corporations are going to move overseas to those cheaper economies, taking American jobs with them. Consequently, efforts to fast track the approval process, known as Trade Promotion Authority, are drawing criticism.

Fast track will be implemented if the House approves it this month. TPA would give Obama the ability to negotiate the TPP within just 90 days, and then present it to Congress to vote up or down without any amendments or filibusters. Fast track authority has been given to previous presidents to approve trade deals, including George W. Bush in 2002.

The TPP is with 11 other countries in and around the Pacific Ocean: Canada, Mexico, Peru, Chile, New Zealand, Australia, Malaysia, Singapore, Brunei, Vietnam, and Japan. Other countries like South Korea and the Philippines may join in the future. It has been in the works for five years.

Critics also contend that TPP will take authority over trade away from Congress and put it in the hands of the executive branch and international bureaucrats. This must be weighed against the benefit that is obtained from buying cheaper and often better made products from other countries. TPP would streamline the process of exchanging goods between countries by lowering costs, eliminating tariffs and decreasing regulations. It would strengthen intellectual property protections in signatory countries.

The U.S. currently has 15 free-trade agreements in place with various countries, including NAFTA. Critics point to the aftereffects of NAFTA. How often nowadays when you call a company for technical support or customer service do you find yourself talking to someone with a Spanish accent who is hard to understand? However, the top economists in the country overwhelmingly agree[2] that Americans are better off due to the passage of NAFTA.

Sen. Rand Paul says he will oppose[3] the approval of fast-track authority in the House. His concern is that Congress will not be able to read the entire agreement before voting on it. Its passage cannot be a repeat of Nancy Pelosi’s snide comment about approving Obamacare, “we have to pass the bill so that you can find out what is in it.” Members of Congress and their staff can view the TPP agreement in a secured area during fast track, but they cannot take copies of it. Only two [4]Senators have said they have had a chance to read through the lengthy TPP, Mike Lee (R-Utah) and Jeff Sessions (R-Ala.). After reading it, Lee is unsure whether he supports it. The public will not get a chance to review TPP until the agreement has been reached in a couple of months or so. Paul’s objection to TPA does not mean he will necessarily oppose ultimately voting for TPP.

Conservative icon Phyllis Schlafly expressed[5] her concerns about fast track, “I think it’s insane to give Obama some power to negotiate an important treaty in secret without any supervision, not have to account to Congress or the Senate. It just blows my mind why Republicans would be willing to do that. We’ve been yapping for months about his executive actions and his executive amnesty and taking unconstitutional positions.”

On the other hand, Sen. Chuck Grassley (R-Iowa), says[6] fast track “is a very necessary predecessor to TPP, because you aren’t going to get these 12 countries to sign the TPP until they know the Senate and the House of Representatives can’t change it. They’re not going to negotiate the agreement twice.”

Congressman Darrell Issa (R-Cal.) is taking a middle approach, leaking[7] the chapter on intellectual property rights to his website with this message,

At a time when the American people and Internet users all around the world are rightfully wary of any closed-door negotiations that could adversely impact their ability to freely and openly access the Internet, the Obama Administration continues to pursue a secretive, closed-door negotiating process for the Trans-Pacific Partnership. I have decided to publish the intellectual property rights chapter of TPP in Madison so that the public can provide input to those negotiating this agreement, and to push this Administration – and the federal government as a whole – to be open, transparent and inclusive when it comes to international intellectual property rights agreements that have potentially serious consequences for the Internet community.

It is crucial that Rep. Issa and others continue to keep the public informed about TPP if the House approves fast track. As I wrote[8] a year and a half ago, there is a real concern that Internet censorship – namely the most atrocious provisions of SOPA – will merely be transferred to TPP. The Electronic Frontier Foundation is opposing[9] both TPP and TPA.

If fast track passes the House, Americans should ask members of Congress they trust the most during the process for feedback on the language, and encourage them to leak provisions to the public as Rep. Issa has been doing. Thanks to those who have vocally spoken out about TPP and TPA, the worst excesses are being curtailed and it is possible something manageable may come out of it.