Most of the world is eyeing North Korea with concern and alarm as their behavior continues to grow more and more aggressive. Sanctions have been leveled against the tiny nation, but the United Nations apparently has another plan in mind: to give North Korea hundreds of thousands of dollars instead[1]. 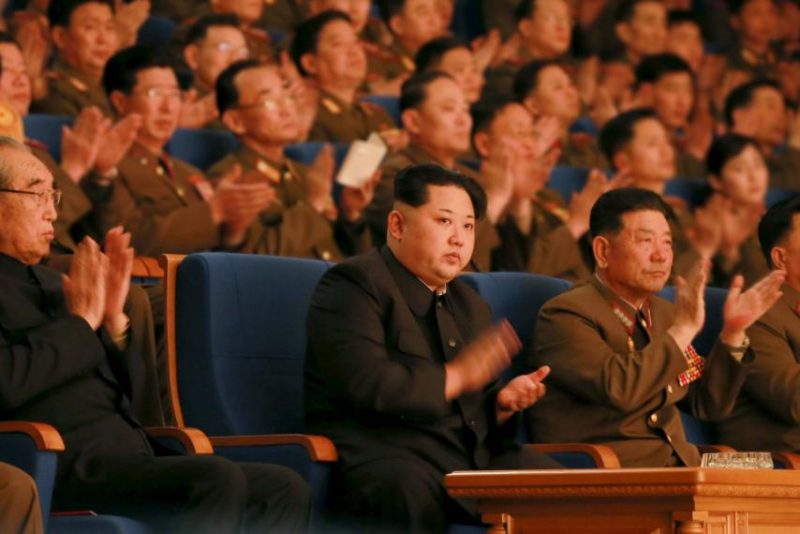 The climate change-obsessed international organization plans to give North Korea $798,247 to help make it “ozone friendly”. While many of North Korea’s people starve and Kim Jong-Un continues to develop nuclear weapons, the United Nations is concerned with preventing climate change.

The United Nations Industrial Development Organization (UNIDO) is giving the money to help North Korea phase out hydrochlorofluorocarbons (HCFCs), which the United Nations says are “scientifically proven as ozone depleting substances and controlled under the Montreal Protocol.” $466,375 has already been spent.

The funding was first approved by the Executive Committee of Multilateral Fund for Implementation of Montreal Protocol (MLF EC), which is “dedicated to reversing the deterioration of the Earth’s ozone layer.” The fund was set up in 1989 after the Montreal Protocol, which North Korea was a party to and so the country is therefore eligible to receive the money. UNIDO was chosen to oversee the implementation of the project.

The goal is to reduce North Korea’s usage of HCFCs by 15% in 2018. The project was originally approved in 2014 and has a number of goals. These include conversion of factories that use HCFCs, “improvement of recovery and recycling scheme” and “awareness-raising and public education.”

But while the United Nations looks to make North Korea more environmentally friendly, it ignores the stark reality of life in the country already. Its citizens are starving and at night, there is virtually no electricity available, plunging almost the entire country into darkness. The rare exception is the city of Pyongyang. And while the intentions may be honorable, the reality is that this is still disturbingly naive: who will ensure that North Korea is spending the money for its intended usage and not towards further developing their nuclear weapons?