It was quite a week for Nikki Haley and President Trump at the UN. In the end, the UN General Assembly voted 128 to 9 for a resolution denouncing the United States’ recent decision to recognize Jerusalem as Israel’s capital. Haley had promised that we would be taking down the names of those who supported us and those that stood against the US. And that is exactly what she did. The US sees this as an insult and President Trump has threatened to cut off funding and military assistance to those who stand against us. I certainly hope he carries through on that promise. Merry Christmas UN!

In light of all this, Nikki Haley took the first step in keeping our promise to hold these countries accountable. The US is throwing an invitation-only party on January 3rd. Dictators, communists and radical Islamists are definitely not invited to this shindig. Dissing works two ways fellas. Only 65 nations are invited to the exclusive party. Those would be the ones that supported us in the vote, abstained or did not show for the vote at all. The US will remember this day. 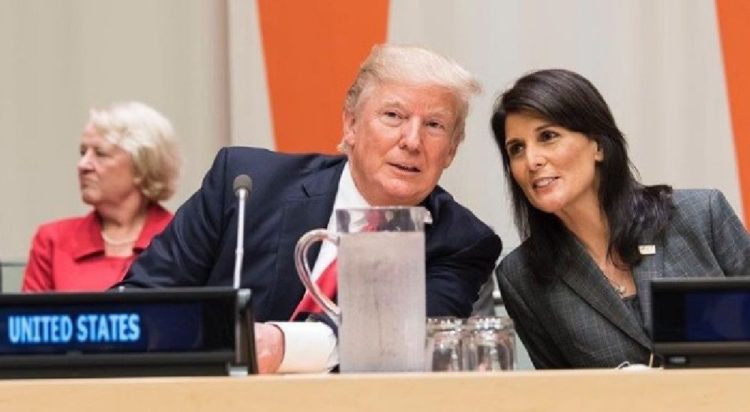 The party invitation was sent out on Twitter to alert guests that Haley had invited them “to thank you for your friendship to the United States.” You see, Haley wasn’t just all talk. She meant it when she said that this is personal. I think the UN is about to find out just how personally the President of the United States takes this and they aren’t going to like it. Egypt started this and Turkey and Yemen carried the ball. CAIR was in the mix too. They may have started it… I guarantee the US will finish it. Haley’s making a list and checking it twice. Guess who’s getting coal for Christmas?

Only nine countries outright voted against the condemnation. These countries are our strongest supporters. 35 nations abstained and 21 countries didn’t show up for the vote. The actions of the UN have ticked off millions of Americans who are now calling for us to leave the body entirely and send them packing. They want the UN defunded entirely. We provide 22 percent of their budget a year… billions in aid. What a crappy investment for us. 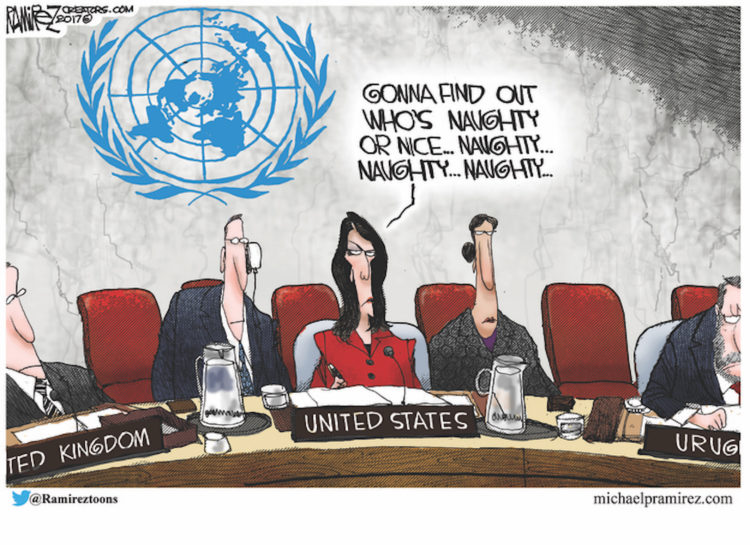 The countries that supported the US are Guatemala, Honduras, Israel, Marshall Islands, Micronesia, Nauru, Palau and Togo. The US itself is the ninth country.

Here are those that voted against the United States: 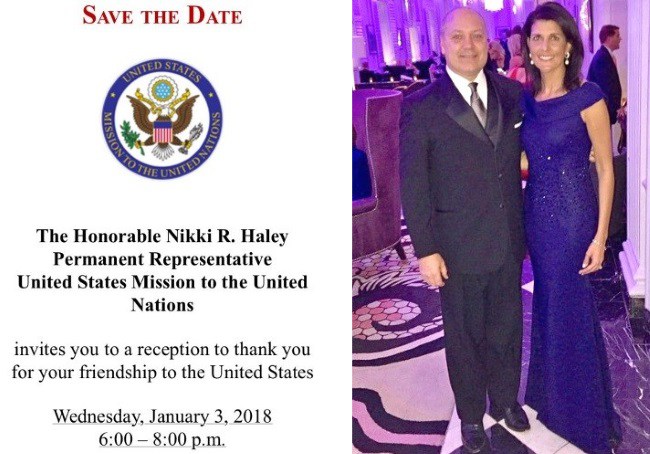 That symbolic vote the UN pushed through means nothing to the US. It doesn’t change anything we are going to do. We still recognize Jerusalem as Israel’s eternal capital. We are still moving our embassy from Tel Aviv to Jerusalem. The only thing it did was make it very clear who our allies are and aren’t and who we will support financially and militarily. Israel is our ally and we are a sovereign nation. Americans do not bow down to despots, communists and Islamists. Haley laid that out nicely.

Haley is throwing a red, white and blue party and we certainly know who’s not on that list. Sucks to be them.