United Nations Attacks the Family by Declaring Right to Reproduce

The bizarre transgender agenda — which entails bullying people into pretending that cross-dressing men are actually women — has demonstrated how social engineers will pervert basic biological concepts to advance their depraved agenda. The United Nations has found a new application for this strategy, which it is using to attack the concept of family through the WHO:

Single men and women without medical issues will be classed as “infertile” if they do not have children but want to become a parent, the World Health Organisation is to announce.

This means pointy-headed masterminds in the UN have bestowed upon us a new “right,” to be provided at the expense of others:

The authors of the new global standards said the revised definition gave every individual “the right to reproduce”.

This is great news for the socially inept — and of course, for homosexuals:

[T]he new standard suggests that the inability to find a suitable sexual partner – or the lack of sexual relationships which could achieve conception – could be considered an equal disability.

That is, equal to an actual medical condition.

The World Health Organisation sets global health standards and its ruling is likely to place pressure on the NHS to change its policy on who can access IVF treatment.

The National Health Service is the monstrous socialist bureaucracy that replaced efficient healthcare in Britain. Taxpayers will be less than delighted to learn that they may soon be paying to have babies produced by in vitro fertilization for perverts and recluses. Normal families that can’t have children for medical reasons will end up waiting in line behind them. Implicit in socialized medicine is rationing of all services.

“This absurd nonsense is not simply re-defining infertility but completely side-lining the biological process and significance of natural intercourse between a man and a woman.

“How long before babies are created and grown on request completely in the lab?”

As usual, we can look to California to see how close we are to the cliff moonbats want to push us off:

California gays and lesbians are already guaranteed [IVF] access[1] from group health insurance–based not in disability, but equal rights–requiring policies to pay for fertility treatments in the same manner as received by heterosexuals with demonstrated biological infertility.

And they wonder why healthcare costs can’t be controlled.

To the innumerable reasons to keep government out of healthcare, add the inevitable politicization of even fundamental concepts like gender and now fertility. 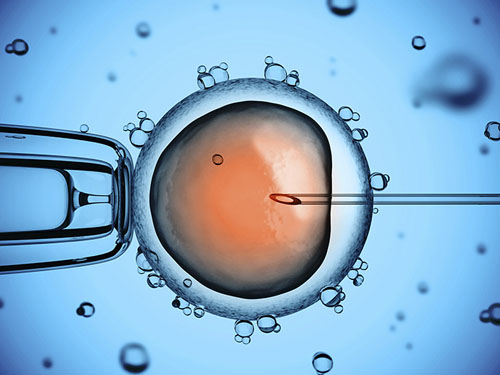 Put in the service of moonbattery, like everything else government touches.

On tips from Bodhisattva and Steve T. Cross-posted at Moonbattery.