This guy doesn’t look quite right in the head[1]… 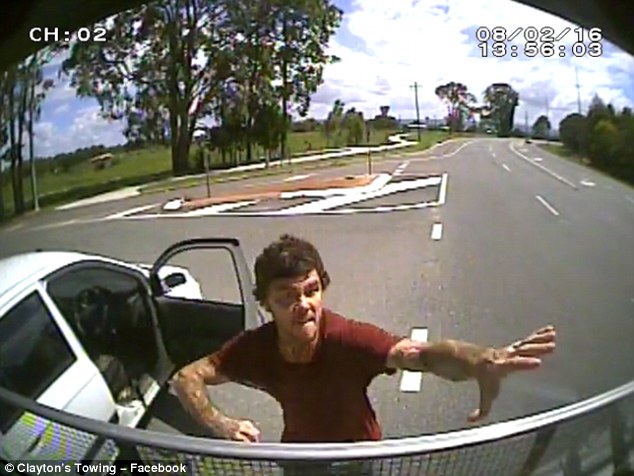 In an ‘unprovoked’ attack a motorist allegedly assaulted a truck driver after he cracked the windscreen, kicked the door and spat in the driver’s face. The violent road rage incident took place in Caboolture, north of Brisbane, against an employee from Clayton’s Towing, reported the Courier Mail.

The driver is believed to have been driving behind the vehicle at a safe distance before being stopped by the motorist and harassed.

The video looks like something out of a movie. Enjoy…