An Indiana man is accused of crashing his girlfriend’s car and lighting her house on fire before triumphantly dancing on her roof with a knife. Because that’s the kind of thing that just makes a girl fall in love with you all over again[1]: 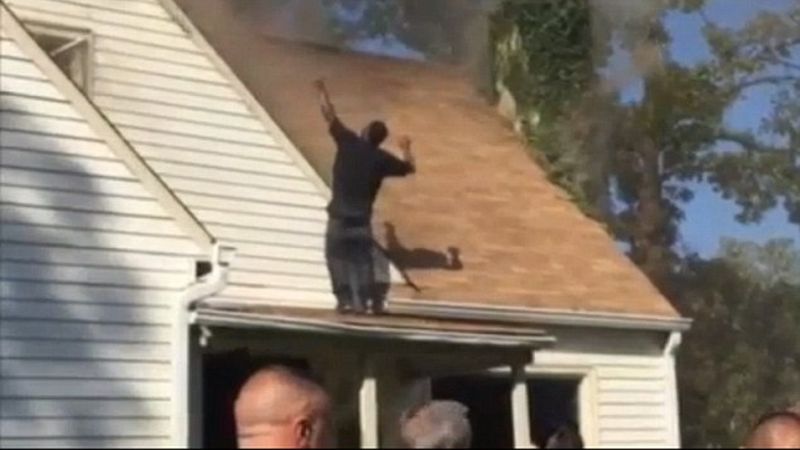 Matthew Russ, 25, allegedly rampaged through his Indianapolis neighborhood on Monday. Officials say he stole his girlfriend’s car keys and crashed her car into a utility pole.

He then grabbed a knife from his girlfriend’s home and sat outside in a chair on her front lawn while holding the weapon, police said on Tuesday.

When officers arrived, Russ ran back inside his girlfriend’s house with the knife. His girlfriend, who has not been identified, darted outside.
Fox reports that Russ is then believed to have set the house on fire, climbed on to the roof, and started dancing with the knife as he muttered ‘nonsensical statements’, according to police.
Footage of the event shows Russ strutting on the roof before being subdued by rubber bullets and tasers.

Police can be seen loading Russ, who collapsed on the roof, into a car. He was taken to Eskenazi Hospital where he is undergoing a psychiatric evaluation.

Neighbors say they believe Russ had a death wish and would have killed himself had police not intervened.

The Indianapolis Fire Department extinguished the fire but the home suffered extensive damage in the blaze.

Riiiight…cause this doesn’t seem like you are completely, utterly ready for a mental institution- at all: