BOOM! Liberal Teacher Gets SHUTDOWN By Student With FACTS And It’s Brilliant! [VIDEO] 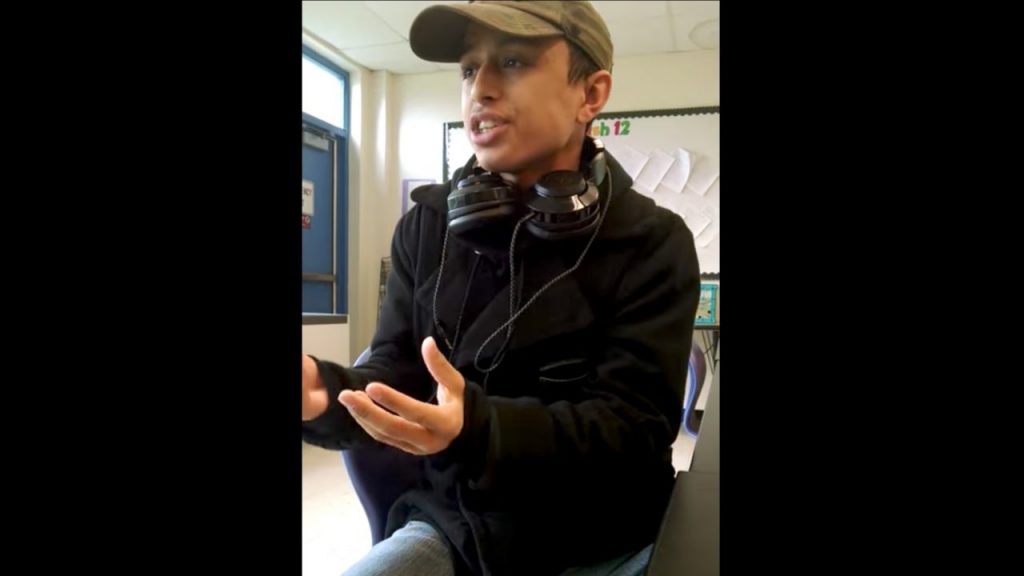 While the video we have here is ten minutes long, the confrontation between conservative student and left-wing teacher went on a lot longer. The student, who goes by KidGadsden on YouTube said that he only was able to record 90% of the confrontation.

In the filmed confrontation, which happened in-class, the Latino student uses FBI crime statistics to argue with his white teacher about police brutality. The teacher gets so worked up that she ends up calling him a “white supremacist” and later that she’s smarter than a dictionary.

When the student posted the video online, he introduced it by apologizing for his mild stutter and said that he decided to speak up because the teacher was talking about Trump and he’s one of the few right-wingers in his school.

“So she asked me why I supported him seeing as how I am Latino, and he hates us. I responded saying that he doesn’t hate Latinos, he just wants to remove Illegals from the US. It then shifted to how there are a war on blacks and other minorities because of cop killings, and stated that the FBI statistics I was using were skewered because it was seeded on white supremacy.”

Later, the conversation moves to terrorism, with the teacher pushing the notion that whenever it’s a Muslim committing the attack it’s immediately called terrorism, but the Las Vegas Massacre was not considered to be terrorism[2] because it was committed by a white guy, Stephen Paddock. The student has to explain that the motivation is what matters:

“We have not found any political or religious aims, and therefore it cannot be viewed as a terrorist incident because the definition of terrorism states violence in the pursuit of political aim [e.g. Antifa]. At that point, she claimed multiple times the dictionary was wrong and that she knew more than it.”

The confrontation occurred in a 12th grade creative writing class and the student said that he still wished to show respect to his teacher being that she is an authority figure.

Last month we reported that a teacher went on Twitter after the Las Vegas Massacre to gloat about how since it was a country music festival, she hoped that it was only “Trumptards” who had been murdered. She also would call Trump an “orange cheeto” and later deleted her comments[3] when they didn’t go over very well with every person with even a scrap of a conscience.