Catching an alligator is an accomplishment all on its own, but THIS…  this is both awesome and sickening. 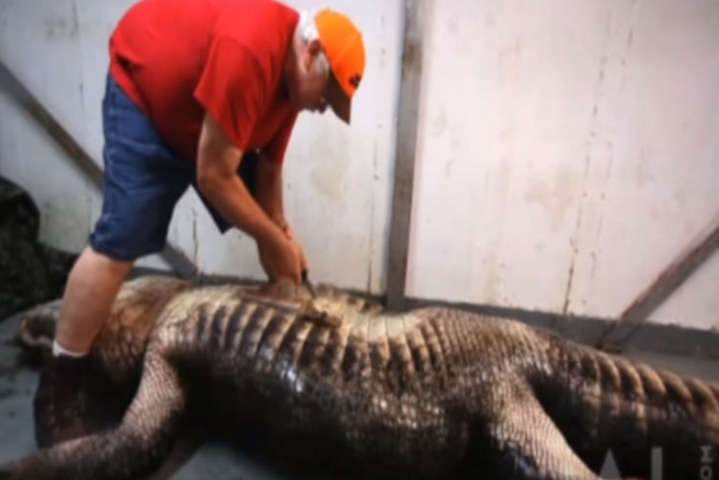 If you’ve ever seen an episode of Swamp People, you know that it’s a big deal to catch an alligator[2] bigger than 10 feet and weighing more than 500 pounds.

But now a family team has hauled in a gator twice as big. This beast is 15-feet long and weighing in at more than 1,000 pounds.

While the record-breaking alligator was news enough, what they found in his stomach made headlines!

In August 2014, the Stokes family from Camden, Alabama, legally hauled in the massive gator topping the scales at 1,011.5 pounds.

But when they went to skin the reptile, they found a fully intact carcass of an adult female deer. But that wasn’t all!

“What you had here was a big alligator that was warm and really cranked up and running efficiently,” Dr. Kent Vliet from the University of Florida told The Birmingham News. “Even though that deer would have provided enough energy for it to survive for two years, it just couldn’t pass up those squirrels.”