One of the highlights of going to Disney World can be meeting characters, especially since they are trained to never break character. Since Belle’s village has been added to Fantasyland at Disney World’s Magic Kingdom, Gaston has been one of the most popular characters to meet, and one girl named Isabella took the opportunity to put him in his place! 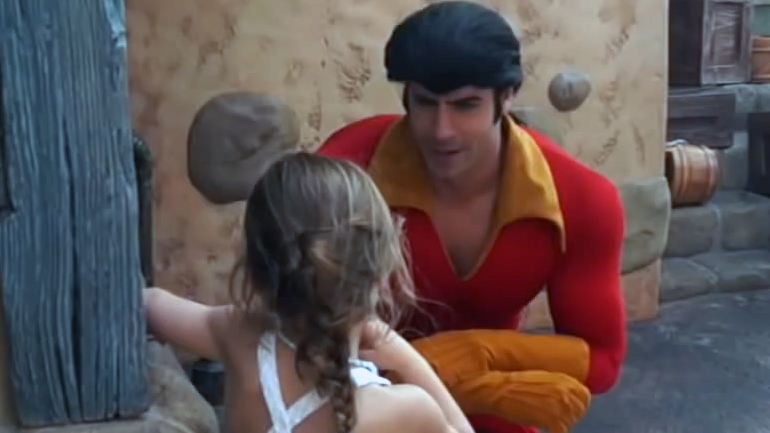 During a visit to Disney World, this little firecracker met up with Gaston from Beauty and the Beast. But there was just one problem for the Disney villain – Isabella didn’t think as highly of him as he thinks everyone should.

Things take a turn for the worse for the full-of-himself character as he tells Isabella she should be in the kitchen, making him a sandwich.

That’s when it gets real.

Proudly declaring that her favorite character is the Beast, Isabella challenges Gaston on his intentions to marry Belle, insisting “You’re not marrying Belle! You are never, ever, ever!”

If you really want to have some fun, on your next trip to Disney World, head over to Belle’s village to meet Gaston yourself and ask him if he remembers Isabella — chances are, he will, and will play along. After that, a drink at Gaston’s Tavern might be called for.