[VIDEO] During Pledge of Allegiance, Muslim Chief of Police Refuses to Salute Flag

A Miami police chief is under fire for not saluting the flag during the Pledge of Allegiance ceremony, and some folks are thinking that it may have to do with that fact that she is Muslim. The woman certainly has a lot of nerve to do so while wearing her uniform, if you ask me! Judge for yourself[1]: 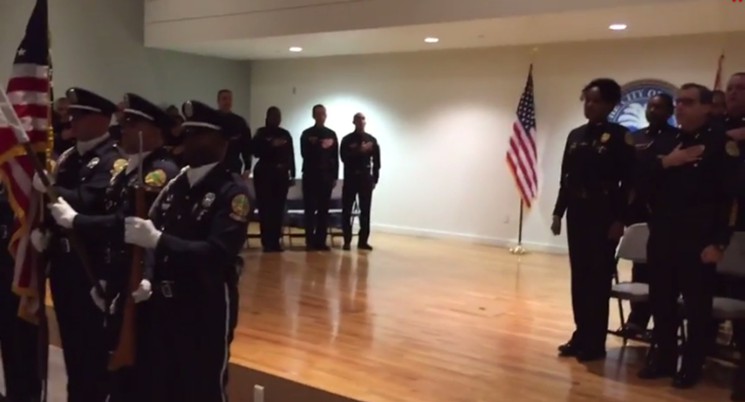 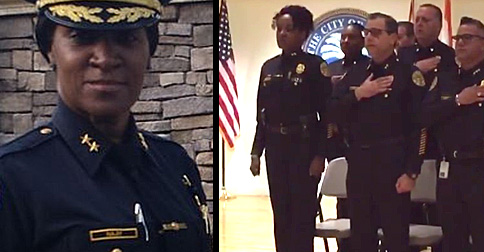 Fraternal Order of Police President Javier Ortiz was livid after he witnessed assistant chief of police Anita Najiy disrespecting the American flag as she refused to put her hand over her heart during the pledge of allegiance.

Ortiz claims that Najiy failed to display the proper courtesy and etiquette that “must be exercised when wearing a law enforcement uniform.”

Not cool, Anita. Not cool at all. Why are you the police chief if you don’t support American laws? What is going on in your head that you think that is an OK way to act? Please tell me that there will be some REAL disciplinary action taken against this clown, because disrespect like this, while in UNIFORM, is simply too much.