This trend better not spread to the USA!

Maybe this guy was only mostly dead[1], as Billy Crystal’s Miracle Max character said in The Princess Bride.

The dead body of a Puerto Rican man has been embalmed and placed seated on a poker table alongside friends and family.
< Henry Rosario Martinez died aged 31 on January 19 in his home town of Barceloneta in the northern side of Puerto Rico. The cause of death was alcohol consumption mixed with the taking of prescription drugs. The family did not comment on the death, but local media reports it could have been a suicide. Martinez used to sing reggaetton music, loved rooster fights, and was also a fan of gambling. This is why his father contacted Jose Mendelez, the owner of a funeral service company, to ask him to prepare the body of his son in order to put it on a poker table instead of a coffin before his burial.

Because they were going to give him an unusual sendoff… 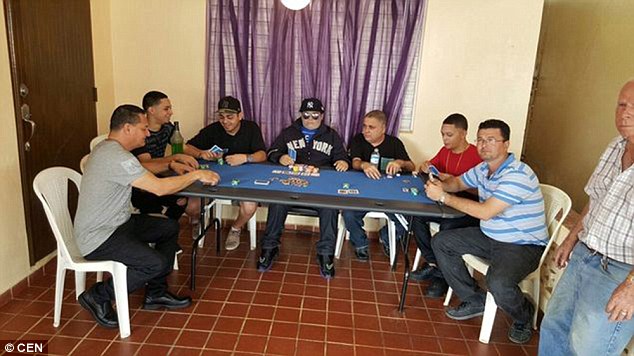 The dead guy is in the middle.

Naturally, we’ve also included a video. Let’s call it a tutorial for what not to do when your gambling-addict relative kills himself with pills and booze…