There is a lot of talk about how to combat bullying, especially in schools. Most of the advice dispensed in schools, usually by liberal administrators, tends to be worthless. There’s only one real way to deal with a bully and one video showcases that brilliantly[1]. 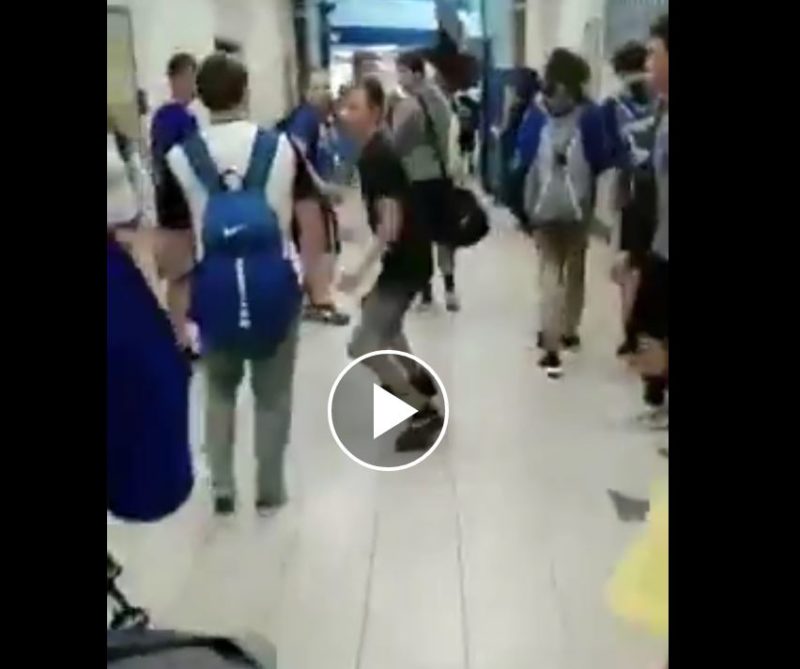 A video was posted on YouTube Friday, showing a bully targeting a smaller kid in a school hallway. In the video, a crowd of students is walking, presumably between classes, when a boy wearing a black t-shirt begins taunting another classmate. The two are walking side-by-side, until the boy in the black shirt suddenly turns and throws a punch, hitting the smaller kid right in the face.

But things quickly went downhill for the bully from there. The smaller kid quickly retaliated, lifting his attacker up off the ground and then throwing him forcefully down. The crowd looks on, shocked, as the smaller kid then punches the bully.

The bully was left motionless on the ground after his victim got the upper hand. The extent of his injuries is not known. But the video has gotten tons of views, racking up over 100,000 in just a matter of days.

Why is this video so popular? It’s likely because it showcases exactly how to deal with a bully. Liberal administrators in school have told students useless information, like telling the bully to stop, or to ignore them until the bully leaves you alone. And yet somehow, the epidemic of bullying continues to grow in schools across the country. The reason why is simple — because there’s only one way to deal with a bully and that’s to stand up to them.

Bullies like to pick on those that they see as weaker than they are, people they think will make an easy target. People that stand up for themselves and fight back are the last people that bullies want to pick on, because ultimately, deep down, bullies are nothing but cowards.