Footage Unearthed of Bruce Lee In a Real Fight

Bruce Lee was a world-famous martial artist and a movie star, renowned across the globe for his athleticism. He’s become most well-known for his action films, but it’s worth remembering that Lee was a legitimate martial artist[1] and a force to behold. New footage of Lee fighting[2] one of his students proves just how incredible he really was. 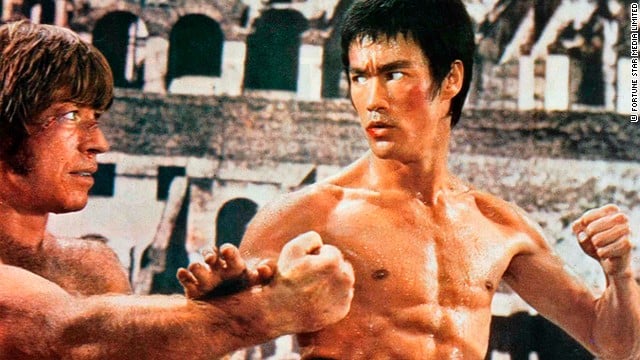 Lee founded his own martial art, called “Jeet Kune Do.” It was meant to be both fast and fluid, with practitioners able to use it both in street fights as well as in a ring. Lee regularly sparred with his students, but there hasn’t been any footage of Lee in these fights — until now.

Posted on the YouTube channel “Beerdy: Bruce Lee Central,” the fight depicts Lee fighting one of his top students, Ted Wong. “This is the only recording of Bruce Lee in a real MMA fight. He’s fighting Ted Wong here, one of his top students,” Beerdy wrote. Both men are wearing dark clothing and heavy padding, what Beerdy says were “state rules” at the time. It’s believed that the footage took place in California, where Lee had his Jeet Kune Do school and where Wong studied. “If not for those rules I can guarantee you that Bruce would have fought bare-knuckled,” Beerdy claimed.

In the video, Wong can be seen repeatedly trying to get close to Lee, who keeps his distance, but moves quickly to strike whenever Wong gets close. Wong takes a few hits to the face, but doesn’t give up. Ultimately, Wong didn’t stand a chance against the great Bruce Lee.

For those who might want to claim that the footage is fake, the late Richard Bustillo, a martial arts grandmaster, said that he was at the fight and that the video below is genuine:

Bruce Lee was truly an incredible martial artist. This video proves that there’s no doubting that.