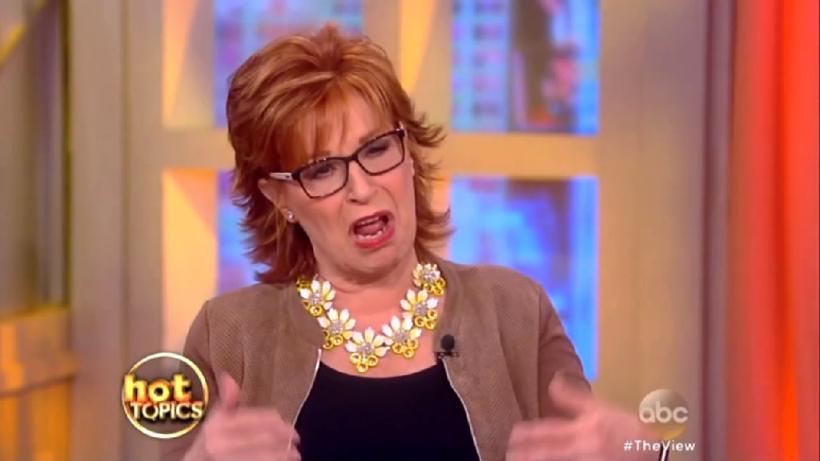 Joy Behar lives in a waking nightmare every day that Trump stays in the Oval Office. The next 7 years are going to be nice.

Last week started with Joy going on a coo-coo spiel about how Hillary Clinton totally won the election. Meghan McCain let her finish her piece about how women should be hard for “the resistance” and that “the woman [Hillary] won the election,” before launching into a brutal, yet polite civics lesson[2] about the popular vote and the electoral college.

But moving now, we know that The View is known for being heavily left-leaning with only ever a token conservative to balance out the rest of the table and keep conservative women watching at home from turning off their television. Ever since winning, Joy Behar, 75, has been starving for reasons to celebrate her imagined impeachment of Trump and the General Michael Flynn expose was no different.

Recently, retired General Michael Flynn pleaded guilty to lying to federal investigators. Flynn, who worked for Obama for years, spent only 25 days as Trump’s National Security Adviser before resigning over a lie that incorrectly tied Jared Kushner in with a former Russian ambassador, the same lie that now is sitting him in front of federal courts.

So when Behar first heard this news, it was handed to her live on air as if it were the death of Queen Elizabeth or the announcement of nuclear war with North Korea. Behar read the news off and the cheering audience took over as Joy threw the card into the air. In all smugness, she said that Trump will finally go to jail.

“Michael Flynn promised full cooperation to the [Robert] Mueller team and is prepared to testify that, as a candidate, Donald Trump directed him to make contact with the Russians.

But, within moments, the news on the card was found to be a lie — Brian Ross of ABC had incorrectly said that Flynn would be testifying about a lie that would implicate the Trump family, but it turns out… that was a lie, too.

At least Meghan McCain, not being a mindless drone, decided to wait to comment until she had new information. Wow, almost as if she grew up in a family that was constantly being attacked by the media who lied! McCain said that Behar shouldn’t be so fast in celebrating because new facts could make her look silly.

During the time of the false reporting, the stock market measurement, the Dow Jones, dropped 350 points due to the very idea that Donald Trump might be removed from office. Be careful with that fake news, because you can hurt a lot of people in a very short amount of time, all for being smug and angry.