A terrifying video has emerged in which so-called ‘vigilante justice warriors’ take matters into thier own hands and light a man on FIRE. This is NOT for the faint of heart.[1] 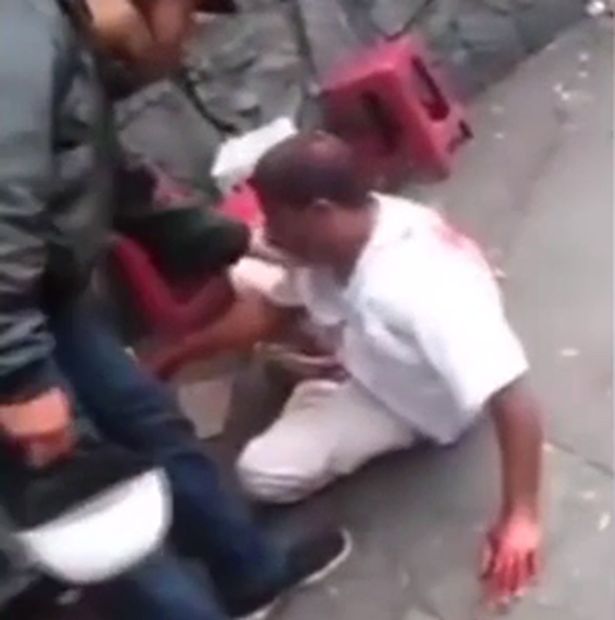 This sickening footage shows the moment a man is set on fire by an angry mob accusing him of being a thief.

A large crowd has gathered as the man, named as Josue Fuentes Bernal, is sat on the road with a large gash to the back of his head.

Before the man started recording the awful scene on his mobile phone Mr Bernal is believed to have been brutally attacked.

The footage starts as Mr Bernal is laying injured with men one by one coming up to shout at him.

The crowd watches as the bloodied man tries to sit up.

Moments later a clear flammable liquid is poured over his head and body, then within seconds a second man holds a light to it and he goes up in flames.

The Mirror has decided not to show the most horrific section of the footage.

As the screams start and the crowd disperses, a few people try half-heartedly to put the flames out with a coat and later water.

According to a local journalist, Mr Bernal was taken to hospital suffering 70 per cent burns across his body after the vile incident in Caracas, in Venezuela, South America.

It comes just days after another man was burnt alive by an angry mob in the same city.

WARNING DISTRESSING CONTENT: A clear flammable liquid is poured over his head and body, then within seconds a second man holds a lighter to it and he goes up in flames. 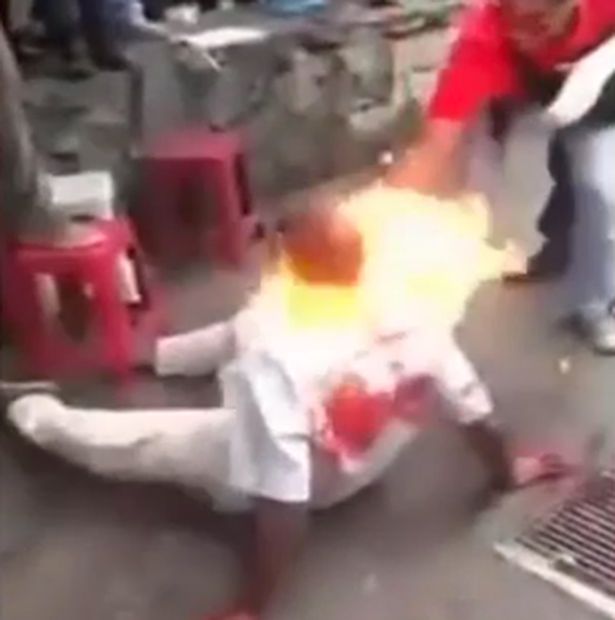