‘It’s not heroism, it’s being a human being’, says man who carried 80 year-old from crashed airplane

In an emergency, would you be willing to stop and help another person get to safety, even if it meant risking your own life? One man did just that, but according to him, it doesn’t make him a hero. 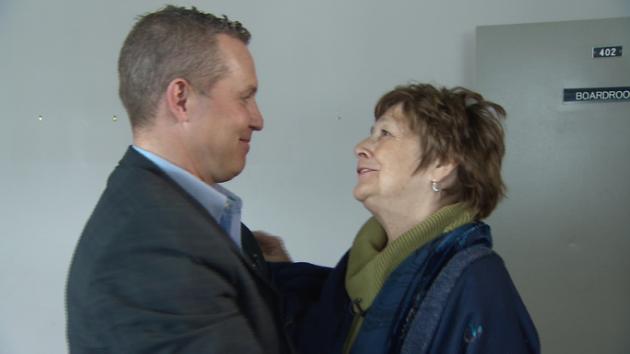 A tearful Catherine Ouellet says she can’t thank enough the man she calls a hero after he carried her 80-year-old aunt away from the wreckage of Air Canada Flight 624 after it crashed just after midnight Sunday.

Steve Earle reluctantly came forward Tuesday morning after his friends saw that Ouellet was using CBC to try to find him, following the crash on a runway at Halifax Stanfield International Airport. The plane slammed to the ground while trying to land in a snowstorm.

In the minutes after the crash, Ruth Macumber struggled to get down the emergency exit and away from the plane. She uses a walker, and without it found it hard to walk.

Earle, who was sitting in the same row as Macumber and Ouellet, stepped up to help.

The real heroes of the world are the people like this man, who quietly do what needs to be done without needing a lot of attention and fanfare. He may not believe that anyone would do what he did, but it’s sadly not true, and that’s why what he did is resonating with so many people.