Great Moments In Dating, this is not[1]… 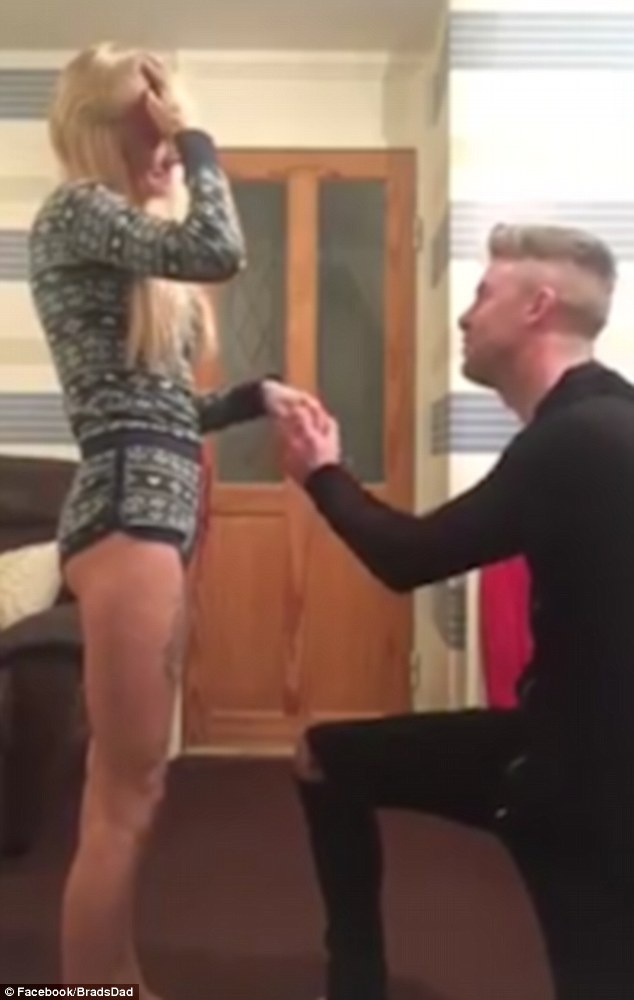 A man tricked his girlfriend into thinking he was going to propose to her by getting down on one knee with a ring box on Valentine’s Day.

Brad Holmes, 24 from Southampton, told his girlfriend Jenny Davies, 22, from Portsmouth, how happy she makes him. He can then be seen taking out a white box from his pocket in the footage which has been seen more than seven million times.

Jenny looks overcome with emotion as Brad goes down on one knee. But instead of asking her to marry him, he leaves her shocked by saying: ‘Will you make me a cup of tea?’

No, dude. You’re doing it wrong. And you’re destined to be very lonely.

Unless she has a sense of humor…

But Brad told FEMAIL that she had forgiven him 20 minutes later – and made him a cup of tea.

Brad said: ‘I grovelled for a bit and played it back to her and she saw the funny side.

‘She was a bit annoyed about it but she knows what I’m like.’