Michelle Obama To Female Trump Voters: ‘You Voted Against Your Own Voice!’ [VIDEO] 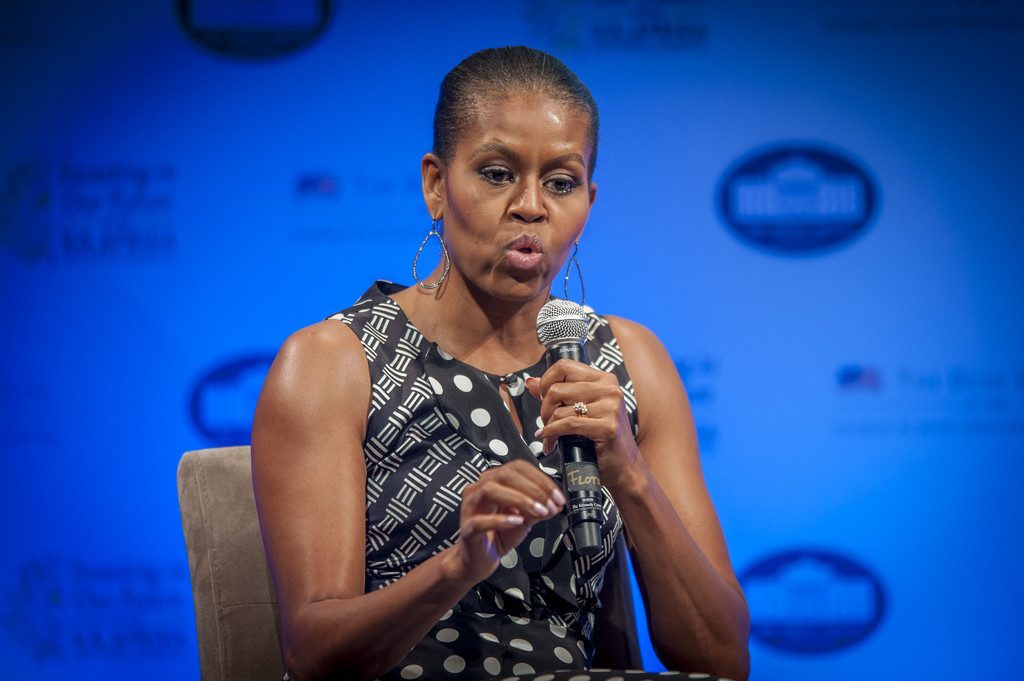 Michelle Obama is still mad that Hillary didn’t get the votes she was owed. It was her turn, after all.

Inbound 2017 features the former FLOTUS as well as WWE star John Cena, the president of Pixar, the editor-in-chief of Teen Vogue (which is a trash magazine) and even a “social justice pioneer.” The event is supposed to “provide the inspiration, education and connections you need to grow and transform your business.” Did… did they know who John Cena was when they invited him? I mean, he has an amazing track record of volunteerism and respect for the military[2], but do any of the lefties attending have even a shred of positivity towards rasslin’?

Speaking to the Inbound 2017 audience in Boston, Michelle said:

“Any woman who voted against Hillary Clinton voted against their own voice. What does it mean for us as women that we look at these two candidates as women, and many of us said, that guy, he’s better for me, his voice is more true to me.”

Hear that ladies? If you don’t vote for the candidate with the same reproductive organs as yourself, you’re a terrible person. Why do the left have such an obsession with genitalia, anyway? If you’re going to judge the suitability of Hillary Clinton, why not judge her for being a massive liar who’s been lying for decades?

Yeah, because all the women’s magazines and The View and other things that tell women how to think were totally pushing Trump. Michelle seriously believes that women could only possibly go Republican if they’re told (by their husbands, no doubt) to prefer the male candidate over the female candidate.

I’m guessing that Michelle was thinking about these voter breakdowns when she spoke, showing that white women without a college education voted for Trump.

In all, 53% of women voters went for Trump, not Clinton.

Michelle is still “shaken to her core” over the women who didn’t vote for Hillary and the CNN talking head in the piece below says that they’ve submitted to the White House for comment, as if the Trump administration wants to bother giving the time of day to a former First Lady who is being extremely sexist in her beliefs about the priorities and minds of women.

Michelle went on to tell the conference:

“We want the sitting President to be successful because we live in this country… It is very difficult to lead when you have a peanut gallery of people who don’t what they’re talking about second-guessing what you do.”

I suppose that means that since Michelle has the experience, she’s perfectly allowed to continue to take swipes at Trump and the electorate that put him there.

If you want to watch CNN’s take on the issue and laugh at how they’re still upset that they lost, you can watch it here: