Mob of Thugs Attack Teen… Get a BRUTAL Surprise

Usually, when a huge group of people decide to assault a single person, it usually doesn’t end up well for that one person. However, most people also don’t have MMA training[1]. 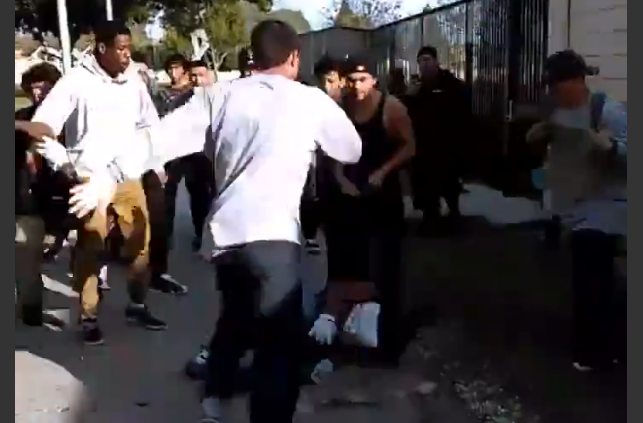 A group of teen thugs recently thought they would gang up on another teen and show him a thing or two. That decision turned out to be a big mistake for them.

In a video uploaded to LiveLeak over the weekend, three teens ganged up on a fourth for reasons unknown. They backed him up against a wall at an undetermined location — and that’s when their intended victim decided to show them who was boss[3].

He landed a kick to one thug’s head and knocked him off his feet. He then punched another thug who thought he could handle him. After a few jabs and knee strikes, it became obvious the teen being attacked had some mixed martial arts training under his belt and wasn’t afraid to use it.

Train up, because you never know when you’re going to need it, especially now.