After an attack on her daughter from bullies, a mother claims her daughter has been left with permanent brain damage. She has since sent her daughter to live with out of state relatives for her own safety:[1] 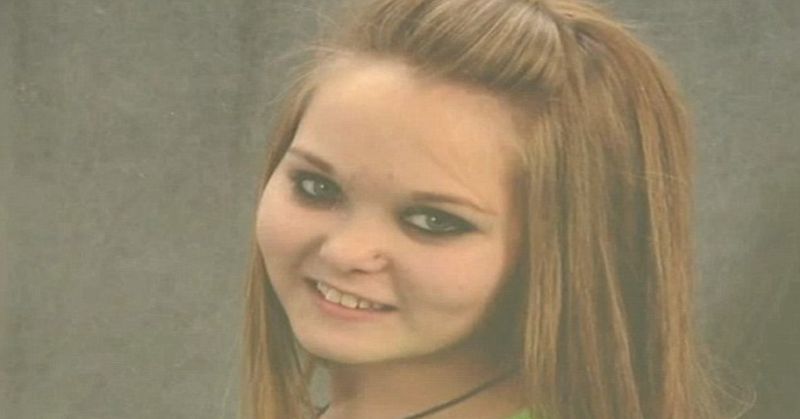 Mary Reyes says daughter Alyssa, 16, was left ‘damaged for the rest of her life’ after she was targeted by bullies at Wood Intermediate School in Davenport, Iowa, WQAD 8 reports.

‘Her psychiatrist said she will never be able to live on her own… because of this,’ the devastated mother said after the violent attack which caused a permanent injury to her daughter’s left frontal lobe.

Reyes says the bullying began with just taunts and threats against her daughter in 2014 but escalated quickly.

In November that year, aged just 14, Alyssa was jumped outside school by a girl she said she barely knew.

Cell phone footage, which was posted on social media, shows the vicious attack by the student who is on top of Alyssa, punching her repeatedly, as a crowd watches on.

The assault appears to end after a man is heard shouting at the girl to ‘knock it off.’

Reyes say she spoke to the principal after the bully incident and Alyssa was told she was allowed to leave class five minutes early to avoid the bullies.

But just one month later she was assaulted again.

‘It was very brutal.’

Yet Reyes says that, despite the school having surveillance cameras which captured the assault, she has never been allowed to view the footage.

A 14-year old girl involved in the second attack was later charged as a juvenile with assault. She was ordered to remain on probation until her 18th birthday.

But Reyes, who has sent her daughter to live out of state which a relative for her own protection, said more needed to be done to protect students from another tragedy.

The behavior of these bullies is a direct reflection of their parent’s parenting. This violent bullying is becoming a huge problem nationwide. It says a lot about us as a society, it’s as if many parents aren’t teaching their kids any morals or values anymore. It’s only going to get worse with more kids having kids, they aren’t grown themselves but they will be raising children when they themselves have no clue what life is about.