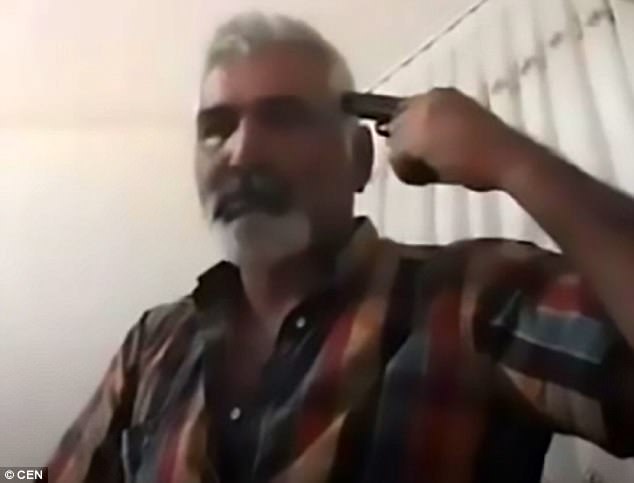 On Facebook Live, a father killed himself with a gun to the head because his daughter announced an intention to marry a man without his approval.

Filming by himself in his house in Turkey, Ayhan Uzun speaks to the camera.

“I am livestreaming tonight, and it is my will, I do not want the ones who put me in this position to attend my funeral.”

He was alone in his house at the time and explained that he had only just learned that his daughter was engaged to a man in a recent telephone conversation. He referred to it as his “daughter’s happiest day” and asked him to celebrate the occasion with them, but he was insulted at how the engagement happened.

“Nobody asked about me. Nobody treated me like a man. My father-in-law took my place and without having a right he approved my daughter’s wedding.”

He complained that nobody spoke up for him, nobody said that since he, her father, was alive, that he should be consulted as well. He said that his wife had called him to inform him and he asked her why she did not see him first, she said that she had been unable to “make a personal visit to you.”

With comments and reactions from friends and relatives being registered on the bottom of the screen, they asked him to reconsider his idea when he said that he would “put an end to [his] life with the gun I am holding in [his] hands.”

Here’s the video, which cuts off before he pulls the trigger. One of his family members rushed over to his house, but all they found was his dead body.

For something more light, here’s a story from this week about two girls who were twerking on Facebook live[3], when their hotel room was allegedly broken into and they were “beaten” and “robbed” during their “performance.” It all happens within three minutes, the reactions of the girls seems a bit fishy to have been a real incident. Check it out for yourself.

A few weeks ago, we wrote up a few recent incidents where people were attempting to commit suicide on Facebook Live when their viewers called for emergency services to find them and interrupt their actions, including a 49 year-old man from Alabama, whose threat to shoot himself in the head turned into many 911 calls in an attempt to save him.