Forget fish walking on dry land or snakes that look like genitalia. The award for most disgusting creature obviously goes to the ribbon worm seen in this horrifying video. 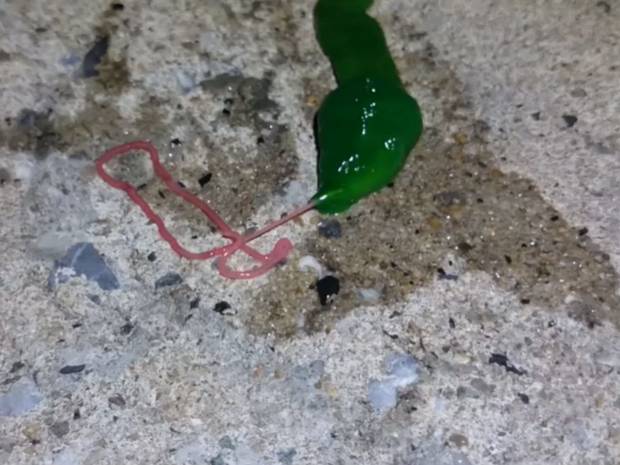 It’s been described as “flubber from hell” — a long green thing, wriggling along the ground, suddenly shoots at a massive pink goo, in a video shot in Taiwan that is now making its way around the world.

The film seems to show a nemertea, or ribbon worm. The animals usually live under the sea, where they can grow to a huge size, but sometimes make their way up onto cold and wet parts of the land.

The pink thing that seems to emerge from it is a proboscis — a long appendage that they can shoot out to paralyse prey, before feeding on it.

The video was apparently taken in Taiwan, when the animal was spotted by uploader Wei Cheng Jian while he was fishing in a port, and uploaded to Facebook. It has since been seen by hundreds of thousands of people, many of whom are disgusted by the slimy and alien appearance of the worm.

How awesomely disgusting is it that not only does this little puddle of slime move and crawl around, but it can also stick out a nasty tongue and paralyze you before it eats you? Of course, humans are probably too large to be prey for this thing, but the thought is still disgusting all the same.