The Mainstream Media Does It Again! They Told You Trump Was In A Terrorist Ad, But Didn’t Say This

The liberal, mainstream media LOVES to report on anything that they deem destructive to the Republican right – bu tthis time, it doesn’t seem like they had quite all their facts straight in the matter before splashing it everywhere: [1] 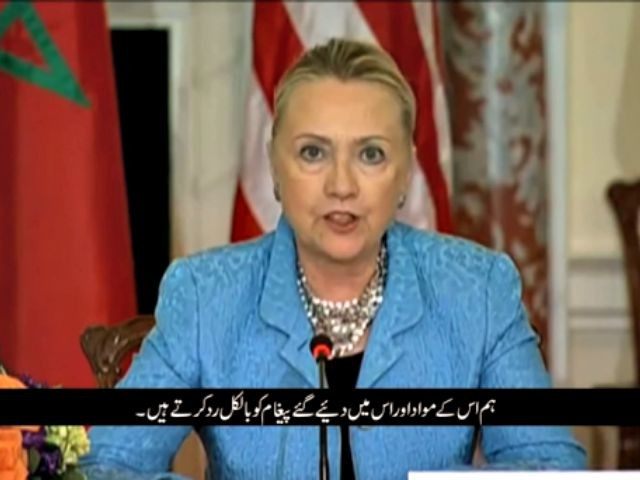 A terror group linked to Al-Qaeda is using @realDonaldTrump[3] in their recruitment videos https://t.co/6OZtrg079U[4] https://t.co/Wa1zVa5XKb[5]

An al-Qaeda affiliate released arecruitment video Friday that includes an excerpt of Republican presidential candidate Donald Trump announcing his call to temporarily ban all Muslims from entering the U.S.

The video, apparently the first to include footage of Trump, juxtaposed clips of the presidential candidate and al-Awlaki saying “the West will eventually turn against its Muslims citizens,” according to the Times, while also including footage of al-Awlaki calling for attacks similar to that of the Fort Hood shooting in 2009, in which Army psychiatrist Nidal Hasan killed 13 people and injured more than 30 in Killeen, Texas.

But, as NRO columnist Stephen Miller points out, they’re completely ignoring some details: 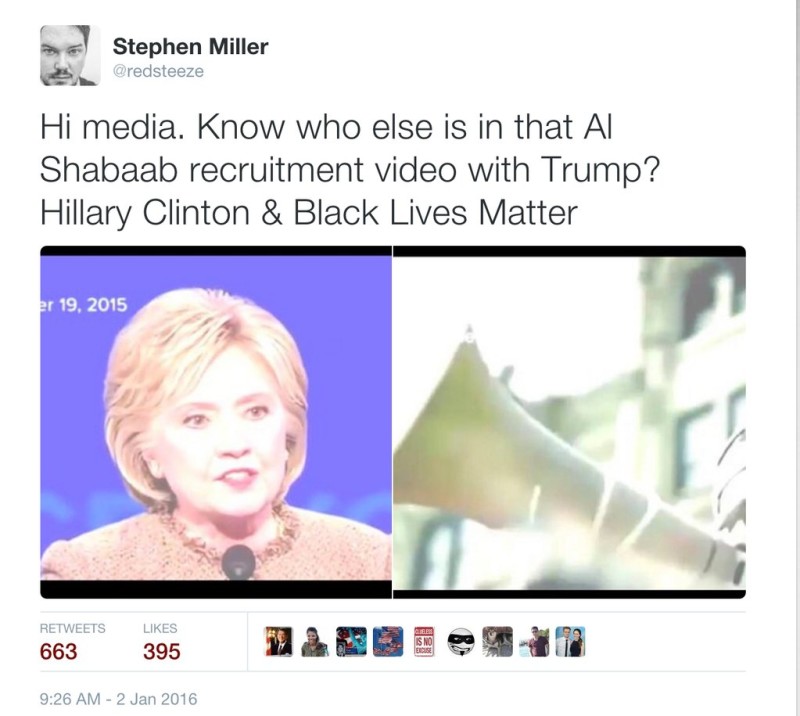 Editor’s note: Originally we published the tweet, which Miller has since deleted because he was being attacked by spambots over it.

According to the New York Times, al-Shabab—the Islamic militant branch of al-Qaeda in Somalia—included the clip of Trump along with footage of Anwar al-Awlaki, an American imam and recruiter for al-Qaeda who was killed in 2011, as well as clips of white supremacists and protests over police use of force in the U.S.

Funny how they don’t mention their name, isn’t it?

Apparently it only matters when a right-winger is used for “recruitment” in a terrorist video because it helps the left because that’s when the media RUNS to prove them right. But when Obama or Hillary or black activists are used for recruitment, they ignore it.

Feel free to rail on Time magazine about this, and if you want to find us more examples of the media double standard on this issue, let us know in the comments!!

UPDATE:
There has been some question about the veracity of the claim that Hillary was in the al-Shabab video. Stephen Miller sent me a very detailed explanation of how he got the screenshot of Hillary in an al-Shabab video.

Entire video that I saw had the film reel slots (on the side) you see in screen caps from my tweet. The screencaps are not manipulated by any way.
Video is now removed from YouTube (YouTube TOS or viewer removed it). My screen caps were taken without manipulation. In video Is Anwar Al Awaki speaking. Next was insert of Trump. Next was insert of alwaki and then Hillary and then the Black Live Matter clip. I did not link to to this video directly in my tweet because of Twitter TOS and especially new TOS in light of San Bernardino terror attacks. Twitter just recently announced new conduct rules. I wasn’t about to have my account banned because I linked to an Al Qaeda in Somalia recruitment Video (Worth nothing, no media source on twitter linked to the original video either). I even stated this the day of or after if you follow the thread.

Miller provided this link which shows a deleted video HERE.[9]

And also this description that has been cached by Google shows it was al-Shabab, and tags Hillary Clinton:HERE.[10]

And this screenshot of the video description as it appeared when he saw it:

Pretty suspect, wouldn’t you say? Highly unlikely that these were manipulated in such a sophisticated way – and it seems CNN had better get their ducks in a row before making such statements.

Written by Katie McGuire[12]. Send your hate mail to the author at [email protected], or feel free to mean tweet me at @GOPKatie[13], where I will be sure to do very little about it.