This Bully Picks The Wrong Fight With Sikh Teen

This kid probably thought he had found an easy mark, someone he could pick on and bully without facing any blowback. Unfortunately, the bully picked the wrong fight when he targeted this Sikh teenager. 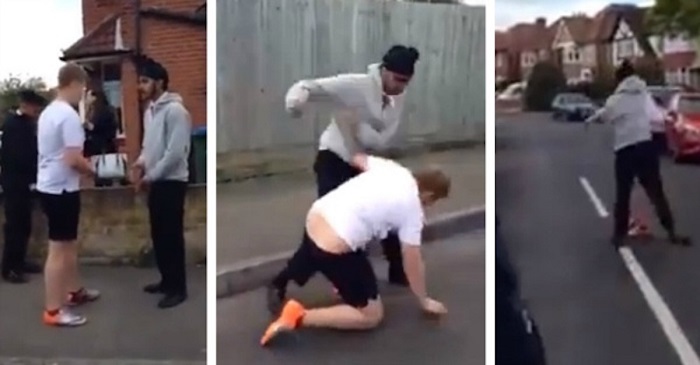 Somewhere in Britain, a schoolboy thought it would be cool to bully a young Sikh. This was definitely a mistake he won’t likely make again and one that he will most likely never forget, judging from the video below.

With his peers egging him on, the bully throws a punch that’s weaker than Hawaiian Hi-C. That would be the last thing he’d throw for the remainder of the fight. This English-Butterball judged the WRONG book by its cover which, ironically, caused him to bite off a little more than he could chew.

Racism and bullying seem to go hand in hand, and after 9/11 Sikh’s have been known to be targeted because of the turbans they wear on their head. Sikhism is the world’s fifth most popular religion, it’s a monotheistic faith that believes in equality and service to others.

You’d think that people who try to bully others would at least make sure they have the strength to back it up first, unlike this loser who got the beating he deserved. Maybe next time, he’ll think twice before picking on what he assumes will be an easy target.